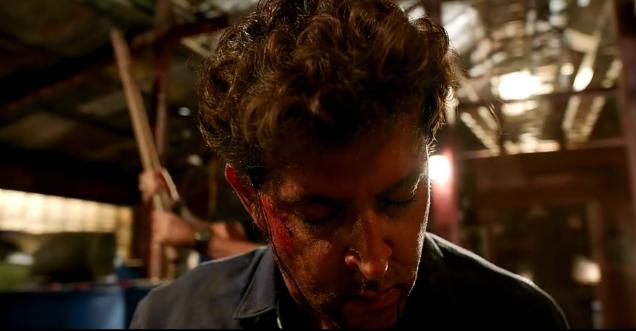 Kaabil Movie Review: Filmkraft delivers yet another riveting revenge saga directed by Sanjay Gupta. As the trailer suggested and also watching the movie, it is a revenge drama produced again and again in several movies like Aagnipath, khoon bhari maang where people can know from the trailer itself what the movie will give to you, yet you go and watch and sometimes only be the name of the Actors and directors who have given their best effort to bring out the best in any movie, Kaabil is one of such movie worth to watch multiple times.

Love is blind so is Hrithik Roshan and Yami. This is by far Hrithik Roshan’s best performance till date and what a worth movie to watch, Sanjay Gupta delivers one of his another best movie

Why you must definitely watch this movie: The screenplay is constructed beautifully, the twist and turns are well attention seekers. Sanjay Gupta in this movie is not more interested in for western influences in his films, but this time in KAABIL, He has shown his emotional side of the life. The villains in the movie Kaabil Ronit Roy, Rohit Roy are equally powerful. Merciless and smart as the hero which is the best part of the movie. Just like in the dark knights the Joker the villains give good performance.

Ayupp Kaabil Review: Yet again what a well Revenge, just like the movie ghajini  and Aagnipath the revenge is well served but you should eat it hot, book your tickets as soon as possible to watch the movie ASAP. The movie draws its inspiration from Hollywood movie Blind Fury (1989) with Rutger Hauer in the lead and even borrowing shades of the Korean super hit, Broken (2014), Sanjay Gupta gives you a Bollywood of this movie.

Kaabil Lovely Story: Kaabil is a full revenge yet a lovely romantic movie. The movie starts a bit slow as usually a thriller movie starts with a fast note. Rohan Bhatnagar played by Hrithik and Supriya Sharma  played by Yami gets married, they prove to be just made for one another however things grow visibly darker when Supriya is raped and Rohan. The policemen playing blind’s man’s bluff. Leaving the visually impaired people to take the law in their own hands and to take the revenge.

You can feel the love of this two couples in the movie. So much so, that you don’t want them to be separated even for a single minute, such the perception the director have created especially the scene at the mall.  The couple plays around, dances and does so much magical stuff together only to make you well connected with both this couple who are in love and blind.

But their life turn more black when Supriya is raped by Amit Shellar (Rohit Roy) and his Wasim(Sahidur Rahman). Follows a subsequent good performance by the villains Madhavrao Shellar(Ronit Roy), Narendra Jha and Girish Kulkarni all have given their best performance till date.

The film shifts its gear after the Actress gives in to the pressure. Every time the vigilante commits an atrocity you just enjoy his actions. Book your seats quickly and don't miss this movie, watch  as early as possible, worth watch.