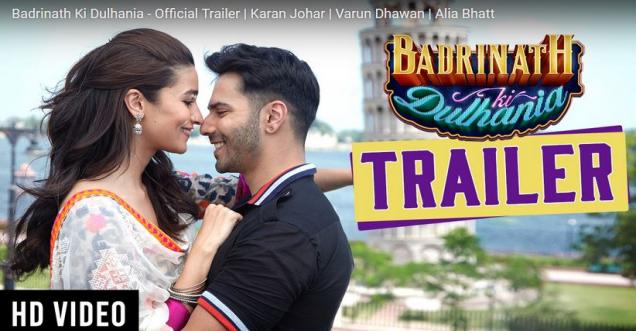 Though the trailer looks like a plot of the 90s film, but the trailer is surely refreshing and interesting to watch. Before we give our further review for the movie let’s see the trailer itself. The trailer have crossed 2,503,206 view on the youtube

Sounds like quite the 90s film plot, right? If you really think about it, this is the basic one-liner for Dharma Productions' next Badrinath Ki Dulhaniya.