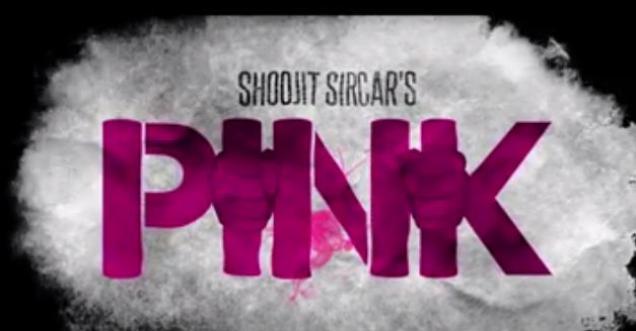 After A letter from Amitabh Bachchan to Navya and Aardhya which was highly appreciated and acknowledged by the people, yet another great performance by the legend Mr Amitabh Bachchan in the Movie Pink. A must watch for the society where sometimes we don’t treat the women’s with equal respect like men.

This is your story. Our story.

Meenal Arora, Falak Ali and Andrea Tariang are working women living in a posh south Delhi locality. Their daily struggle with neighbours questioning eyes has made them brave and ready for tougher challenges. They meet Raajveer Singh (Angad Bedi) and his friends at a rock concert which ends when Raajveer gets hit by a bottle and starts bleeding.

Raajveer is rich, highly educated and well connected. He decides to seek vengeance on the girls. A war between the genders starts and the police, society, parents, judiciary and everyone else become a party.

Pink sketches a picture of south Delhi. Unfortunately, the attitude of people inhabiting these districts is common across the country and could even be universally.

Pretension, ego, sense of male superiority and skewed ideas of perfect womanhood make it complicated, intriguing, disgusting and disturbing. But, we have seen this happening around us in real life.

One will never forget the solid performance of Sunny Deol in damani, as a lawyer, I expect the same for MR Bachchan here, who is the game changer for this girls. Once a successful lawyer, Deepak Sehgal had to hang his boots because of a deteriorating mental condition. Sehgal returns to the courtroom for one last time.

Performance: After delivering acclaimed Bengali dramas like Anuranan, Antahin and Aparajita Tumi, Aniruddha Roy Chowdhury makes entery  into Hindi film industry with Pink, and what a Great performance by all this actors in it.

Every single actor has upped their mark in this 136-minute riveting drama. If Taapsee excels in initial courtroom scenes, Kirti takes it to a whole new level in the finale. The girls have shown a tremendous range and Pink belongs to them. Nobody has overshadowed them, not even Bachchan or a shrewd lawyer Prashant, played by a super intense Piyush Mishra.

Book your tickets now with your entire family, a recommended must watch 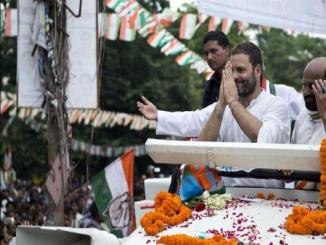 Rahul Gandhi Has reached to allahabad