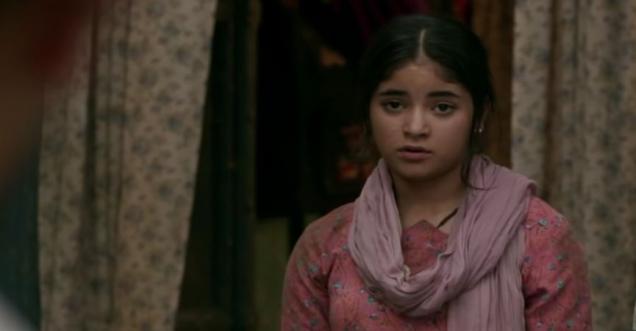 Dangal, Zaira Wasim: It was really shocking for many and especially to those who must have seen the young actress as the Dangal Girl in Amir Khans Dangal. Zaira Wasim made apology on Facebook after meeting with the Jammu and Kashmir chief minister Mehbooba Mufti.

In 2016 Movie Dangal, she was introduced as one of the actresses to Bollywood. After this she had become a role model for many in her state and outside in India. She played as a younger version of the wrestler Geeta Phogat. 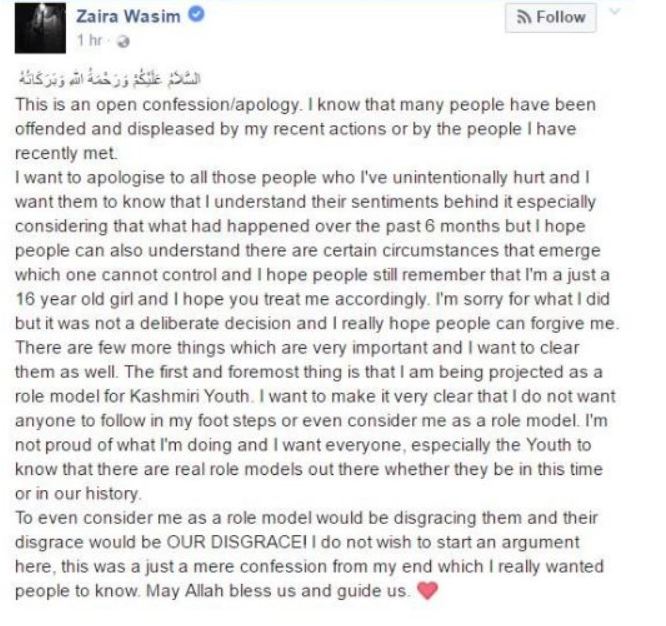 “This is an open confession/apology. I know that many people have been offended and displeased by my actions or by the people I have recently met.

I want to apologize to all those people who I’ve unintentionally hurt and I want to know that I understand their sentiments behind it especially considering that what had happened over the past 6 monhsbut I hope people can also understand there are certain circumstances that emerge which one cannot control and I hope you treat me accordingly. I’m sorry for what I did but it was not delebrate decision and I really hope people can forgive me”.

Following her meeting with Mufti, She was trolled online by a group of people who blamed the CM over recent unrest in the Valley and demanded that she should apologise for her actions.

“A 16 year old shouldn't be forced to apologise & that too allegedly for meeting @MehboobaMufti. What are we coming to!!!!!” tweeted Omar Abdullah.

Anupam Kher came in all of her support.

Dear @zairawasim! Ur apology letter is sad but full of courage. It exposes d cowardice of people who made u write it.But u r my #RoleModel. pic.twitter.com/fCF2zlzvzC

Zaira Wasim, also playing in the next movie of Aamir Khan, is playing the role of a Muslim girl in Aamir Khan's next production movie  'Secret Superstar'. She wears a burqa to hide her identity in the film because her father is against her pursuing career in music.