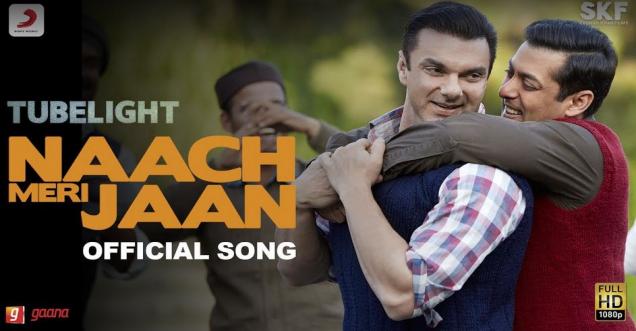 Salman Khan, Tubelight: Salman Khan is rocking and especially with his new song  of Tubelight 'Nach Meri Jaan' which was released today on 1st June. This song is of 2.43 minutes, Salman is seen completely in the mood of fun.

Sohail Khan is also seen with Salman in the song. Pritam has composed 'Nach Meri Jaan', while Amitabh Bhattacharya has written his lyrics of the songs.

Just a few days ago, Salman shared a childhood photo with his brother Sohail and gave the caption 'Brother Sohail Khan and Captain's Brotherhood'.

Salman's film 'TubeLight' is going to be released on the occasion of Eid. In which the Chinese actor Zhu Zhu in Lead will be seen with him, Shahrukh Khan will also be seen doing the cameo in this film.

Kabir Khan, director of the film also believed that this is an official remake of the Hollywood movie 'Little Boy'. This is Salman's third film with Kabir Khan. Earlier, both of them have collaborated with films such as 'Ek Tha Tiger', 'Bajrangi Bhaijaan'.