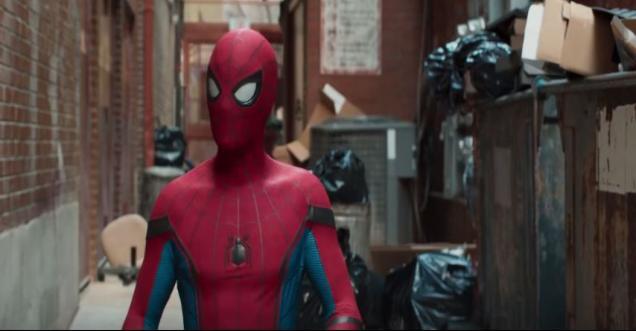 Spiderman Home coming is taking is once again taking us back to the nostalgic innocent spider guy. Which almost each and every person likes, if he or she has ever watched any movie or TV series of the Spider man. The new movie Spiderman also follows the same line. It has once again followed the same and you will love to watch the Spider grow as the movie grows.

Tom Holland, the spider man was first introduced in the movie Avengers 2 which came last year; however it was only a intro and glimpse of more to come from the young Spiderman. The real success of Spiderman movies have always come with the new generation actors. Holland plays the perfect character of a young, enthusiast character of spider man.

There is no back-story in the movie and no radioactive spider in this movie all this has been taken care wisely, also the death of the wise Uncle Ben. There is no speech of power and great responsibility comes with power. We get a kid who wants’ to develop a power he already acquires.

Holland brings goofiness to the part which makes the character genuinely likable, the novice spider man and all other makes the spider man truly watchable movie.

Speech of Action: this is not a average marvel film where the villain turn’s into super power hungry. Michael Keaton doesn’t want to have the domination of the entire world; he is just a guy chasing a fast buck to feed his family. The story is well fitted and action is also in respect to the movie as per the situation. This does not means the movie is not thrilling, however there is too many special effects, which makes you little confused that who is doing what. The attack on the fiery is well executed.

Overall Spiderman is truly a home coming movie of spider man is a character driven comedy movie. The characters surrounding Peter parker are all different. They all have different influence in peter’s life, her aunt Mary, his best nerd friend and his mentor Tony stark, played by Robert Downey Jr. The associates of the villain are under developed. The moves are well invested with lot of humor and heart.

The movie is fresh and entertaining and is a welcome return for a Super Hero being expected from a long time.

So much fun light and breezing, a must watch movie