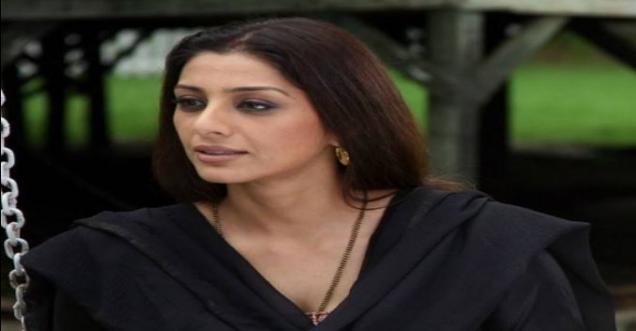 New Delhi: Film director Rohit Shetty is all to release his new movie Golmanl Again this Diwali. The Movie Golmaal is Sequel Part to Golmaal Again. After 25 years, Ajay Devgan and Tabu will once again be seen romancing each other in this movie. But before the release of this film, Tabu has made a startling disclosure about her relation with Ajay Devgan.

The successful star of the 80-90s, Tabu gave special appearance in the film Bazzar which came in the year 1980. In 1994, Tabu's career took a U-turn when she worked in Ajay Devgn starrer film Vijaypath. In this movie people liked the pair. Tabu's name was not associated with any actor till date, but on question of her single relationship status, Tabu recently revealed a new information and said that Ajay Devgan is the reason behind her being single.

In an interview given to the Mumbai Mirror, Tabu has said that Ajay and I have known each other for 25 years. he is a neighbor of my cousin Sameer Arya and is also a great friend of mine. Ajay has been in life since, since the time when my career began to grow and he had laid the foundation of our relationship. Sameer and Ajay were very close to me on those days they used to follow me everywhere and whenever a boy came to talk to me, they both used to threaten him. Both were quite mischievous and if today I am single then it is only because of Ajay.

Let's tell that Tabu and Ajay have worked together in many movies like Takshak, Fitoor and Drishyam.

In addition to Tabu and Ajay, Arshad Warsi, Parineeti Chopra, Kunal Khemu and Tushar Kapoor will also be seen in the main role in Golmol Again.