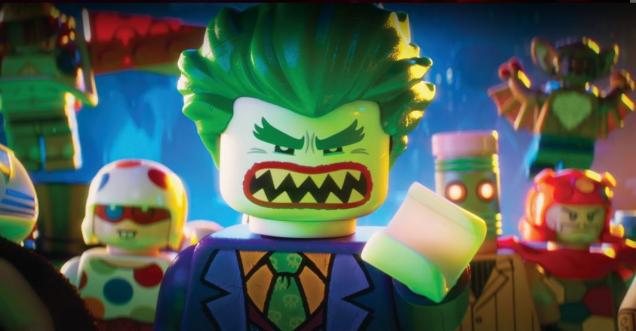 LEGO, Batman Review: The LEGO Batman Movie starts with taking potshots at the superhero genre, the studios, the audience and even the generic way most movies begins, it is on its own way the LEGO way.

Watch the 4th trailer from the Movie

Voiced by will Arnett, this sets the tone early, as soon you enter the world of LEGO Batman, The jokes fall thick and fast and although not all of them land, you marvel at the writing at the writing when they do.

The movie is a fan boys’s delight, incorporating villains completely unconnected to a batman universe like Sauron, King Kong, lord Voldemort, Agent Smith and the Wicked Witch of the west from the wizarz of OZ. The Movie primarly mocks The Dark Knight, it does incorporate the most brilliant and awful parts from the superhero movie history.

Story Wise: It is quite straight forward. The story starts with three years after Batman saved the LEGO Universe, with the caped crusader brooding and fighting villains. When he tells the Jocker that he isn’t his biggest arch-enemy the super villain gets super-cheesed off and plans the biggest revenge on Batman.

At the same time Batman is planning to do away with Joker for good and plans to put him in the Phantom Zone. Along the way, he adopts a Son, Dick Grayson (Michael Cera), who has to turn into Robin. His plan doesn’t work out and now he has to convince some of the bad guys, who feel left out , to help him fight the Jocker.

The movie doesn’t gets heavy during the middle, but if you ae a fan of the previous outing, you will patiently chuckle and wait for the goodies and yes there is a song and dance number at the end, which still continues to mock the brawny superhero and the genere he represents.

Ayupp Review: One time watch, will be fun to watch