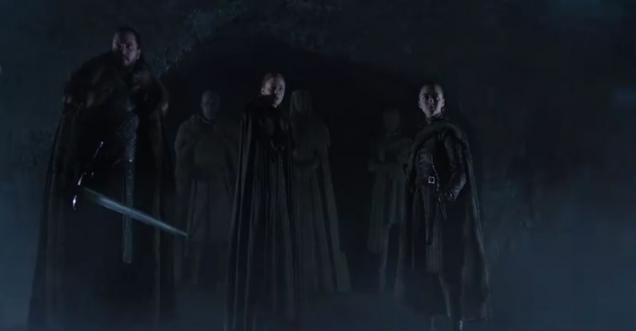 Finally the wait is over for the millions of fans across the world, HBO has officially released Game of Thrones 8 teaser. The first official teaser includes the three best actors from the saga, the Stark siblings - Sansa, Arya and Jon Snow.

The makers revealed the premiere date, which is April 14.

The 1. 44 minutes clip, Jon Snow, Sansa Stark and Arya Stark (Maisie Williams) are wandering in the crypts of Winterfell. The circle has made complete now, here once their father Ned Stark was seen having a conversation with Robert Baratheon .

The crypts of Winterfell hold the dark and ancient past of the House Stark, which might finally be revealed to the three.