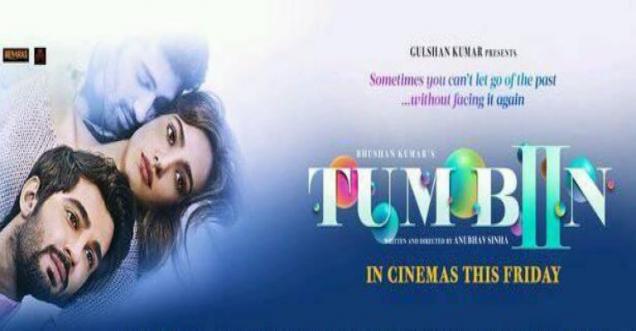 It is always a challenge for a new movie and especially for a sequel to be better than the Prequel especially when the previous movie was a great hit.

Is this yet another victim of government’s demonetization move?

The film starring Neha Sharma, Aditya Seal and Aashim Gulati saw less occupancy on the first day with around 8-10% occupancy during morning shows.

This romantic movie has been made on a budget of Rs 12 crore and faces tough competition  from other movies Force 2.

Earlier, the producers expected that demonetisation will have an impact on the film’s box office collection.

“The collections will be affected. The entire film industry is suffering because of it. And since I am no economist, I can’t say whether it is good or bad. But, it could have been better planned and prepared. Even my friends, who are otherwise economically stable, are calling me to ask for money. So, the rich have become poor,” said Director Anubhav Sinha during an interview.

Story: The story is almost refreshing from the previous movie of tum bin, it starts with Taran (Neha Sharma) and Amar (Aashim Gulati), and something happens and they are separated. And then Shekhar (Aditya Seal) enters, helps her in moving forward in life and then again Taran comes back and then the story all about emotions.

Music: The first movie Tum Bin's x factor was its music where as the Ankit Tiwary disappoints. Apart from the Koi Fariyad rendition and the title track, the music is just average.

Good: In terms of scenic beauty, Scotland's beautiful sceneries. The complications of a love triangle have been touched well and there are parts of the film that make you emotional. Good  chemistry between actors Taran and Shekhar has all the spark and makes you 'ship' them till the end

The film can be watched at least once and especially if you are the fan of the first part Tum Bin.