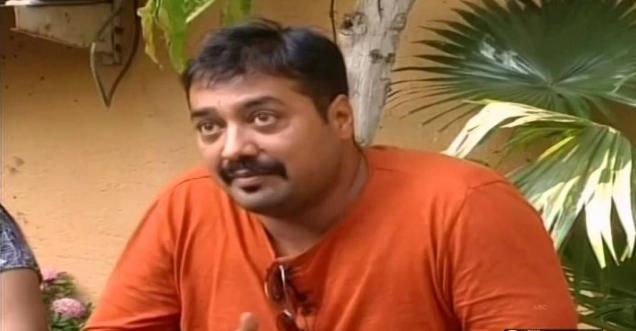 The Cinema Owners and Exhibitors Association of India on Friday had announced that movies featuring Pakistani actors will not be screened in single screen theatres in Maharashtra, Goa and Gujarat. This announcement came just days before the release of Ae Dil Hai Mushkil. In a rare gesture of solidarity, the film fraternity came out in support of Karan Johar's film.

On Sunday, filmmaker Anurag Kashyap tweeted at Prime Minister Narendra Modi insisting that the prime minister apologise for his visit to Pakistan.

What is Wrong in the comparison

1. Modi was in Pakistan to try an unorthodox approach to diplomacy whilw Johar was making a film. The difference should be more than apparent to someone as astute as Kashyap.

2. Had Modi's visit to Lahore resulted in a long-term thaw between the two countries that saw an increase in cultural exchanges, it's the likes of Johar and cohorts that would have profited through access to a variety of Pakistani artistes.

Before the URI attack and the previous government it was not soon enough after Pakistan committed terrorism in India, the Indians used to forget it one the news was out of the media, but this time this has taken a long term effect.

Kasyap, in his rather inexplicable series of tweets was followed by another one after Kashyap quite unsurprisingly got trolled from the twitter users. He said that he complained because he has the right to question the prime minister.

Just to make it clear, I complain because I expect my government to protect us, I question the PM because I have every right to..

After the 26 November, 2008 Mumbai attacks, India-Pakistan cricket ties reached an all-time low when none of the Pakistani cricket players were banned from the second edition of the Indian Premier League. More recently, ghazal maestro Ustad Ghulam Ali's concert was called off in Mumbai after the Shiv Sena threatened to disrupt his performance. As India-Pakistan bilateral ties went through highs and lows, the country's relations with his sports stars and artistes see-sawed.

Fearing a backlash, the Cinema Owners and Exhibitors Association of India gave in to their delusional demands and it only made sense that filmmakers and actors came forward to speak against this creative embargo. Even the Indian Motion Picture Producer Association later passed a resolution urging Indian filmmakers to avoid working with Pakistani artistes until bilateral tensions between the two countries subside.

Despite BJP's claim of having a tough Pakistan policy, the first thing Modi did after coming to power was invite his Pakistani counterpart Nawaz Sharif for the swearing-in ceremony. It was seen as a step forward to thawing of strained ties made by the newly elected NDA government. Modi next surprised everyone by landing in Lahore on Sharif's birthday.

Modi's Lahore visit was not only touted to be a move forward towards conflict resolution and posed better scope for bilateral trade.

So it is unclear what kashyap wants to prove from this comparison of modi visit to Pakistan with the Pakistan actors.