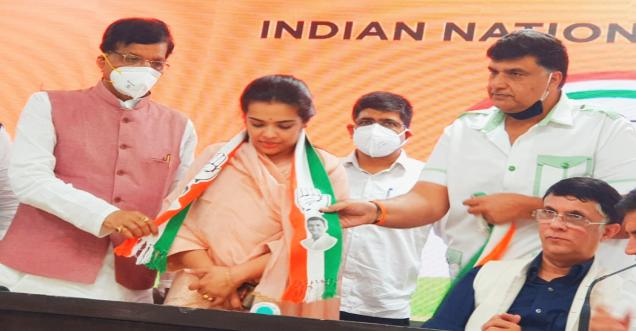 Bihar election, Bihar election 2020, Congress, Shatrughan Sinha, Luv Sinha, Pushpam Priya, Sharad Yadav daughter, Subhashini Yadav, Bihariganj, Bankipur, election news, RJD, BJP, JDU, India news
Bihar assembly elections: It is common that daughters and sons of politicians get an easy ticket into politics, just like movie actors sone and daughter get an easy entry into the film industry. The order of getting tickets for sons and daughters and relatives of big politicians is going on. The new name in this episode is of Luv Sinha, son of Shatrughan Sinha. The Congress has made Shatrughan Sinha's son Luv Sinha its candidate from the Bankipur assembly seat. Pushkar Priya of Plurals Party is contesting in front of Luv Sinha from Bankipur.
Pushpam is the daughter of former JDU leader Vinod Kumar Chaudhary. Pushpam, who studies from the UK, filed her nomination on Wednesday. It is known that Shatrughan Sinha left the BJP last year and joined the Congress. At the same time, Subhashini Yadav, daughter of socialist leader Sharad Yadav, is also ready to contest elections from Bihariganj in Madhepura district, the father's land.


Subhashini joined the Congress on Wednesday. MBA pass Suhabhashini describes herself as a social worker. Subhashini is the daughter-in-law of a political family in Haryana. She says that as a daughter, she is ready to carry on his father's political legacy. Subhashini said that whatever is the ideology of my father, there is also my ideology. He said that my father has been with the Grand Alliance since 2017. After joining the party said that his father is not well. Therefore, he is not active in the politics of Bihar. It is known that Subhashini visited Madhepura in the Lok Sabha elections last year.
Tags Bihar electionbihar election 2020congressshatrughan sinhaLuv sinhaPushpam Priyasharad yadav daughtersubhashini yadavbihariganjbankipurelection newsRJDBJPJDUindia news