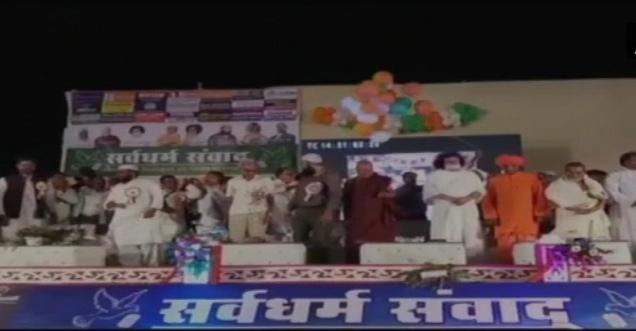 Gaya (Bihar) [India], Apr 2: In the wake of state-wide communal violence in Bihar, a peace conference, 'Sarvdharm Samvad' was organized in on Sunday.

People from different communities participated at the event to send a message of peace and harmony in the state.

The event was organised at Gandhi Maidan in Gaya, where several religious leaders conveyed their thoughts promoting brotherhood among all.

Earlier, 'Sadbhavna March' was organised in Munger district of Biharconveying messages of communal harmony and brotherhood.

However, the situation was brought under control after consistent efforts by the security forces.