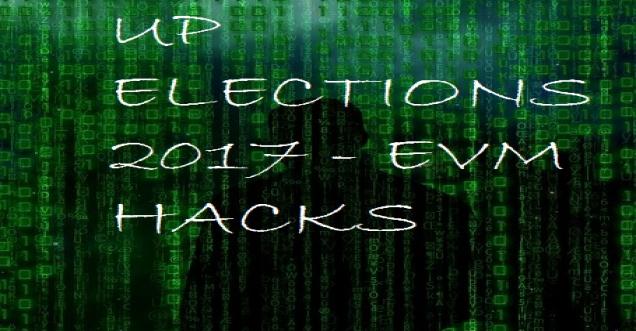 UP Elections 2017 – After facing humiliating defeat in Uttar Pradesh, BSP ( Bahujan Samaj Party) supremo Mayawati has raised concerns about the voting system in India. She has raised questions against the legitimate usage of EVM ( Electronic Voting Machines). She held EVM responsible for her defeat in Uttar Pradesh and said that whatever button the voter click, by default it votes for BJP.

Mayawati has challenged Prime Minister Narendra Modi and BJP Chief Amit Shah that if they are upright then they should immediately stop the counting of votes and declare immediately for re-election.

In 2009, BJP leader Lal Krishna Advani had also raised his eyebrows with regards to the usage of EVMs and had demanded the usage of traditional voting system.

So the question is - Can anyone Manipulate and alter EVM machines in India?

Michigan University of America had claimed in year 2010 that they have techniques to hack EVM’s in India.  The researchers had invented some home-made device through which they can connect to the mobile and via sending some messages they can alter the results. Strange!!!

Ex Chief of Election Commission T S Krishna Murthy has some different view on this matter. While speaking to BBC reported he informed that the machines that are used in India are better and they can never be hacked. He also said that the problem can only happen if the person who handles EVM in the polling booth does not know the right procedure to use it.  But this also cannot happen, reason being each and every person working in Polling booth undergoes strict examination.

Krishnamurthy told that many times people had questioned the usage of EVM and had filed case in Supreme Court against it. But each time Honourable Supreme Court of India had rejected such cases due to lack of evidence and no one was able to proof that EVM is flawed.

Professor Mehta from Sharda University claims that EVM is nothing but a computer program and there is a possibility that this program can be changed or altered or hacked. Day by day hackers are becoming experts. Professor informed that there are two types of EVM machines – one in which you cannot do counting of votes twice and the other one in which counting can be done again. Since, questions were raised for the usage of old machines they were replaced with the news ones which contained paper trails.  The issue with paper trail was that it can lead to identity of the voters.

Professor informed that this information was provided by the Election commission in one of the RTI (Right to Information) replies.

However, Professor Mehta agreed that just saying that EVM can be hacked is not sufficient in Court. One need to proof it by substantial evidences, which is not possible. If you cannot proof anything in the court of India then you should not claim that EVM usage is incorrect.

After defeat, Akhilesh Yadav also looked irritated and replied to all the answers from the media very sarcastically. He also supported what Mayawati had claimed and wanted that some investigation should be done if anything wrong has happened.

BJP chief Amit Shah replied to the reported on the question raised by Mayawati and said that “ I can understand her mental condition and so would not like to comment anything on this matter. 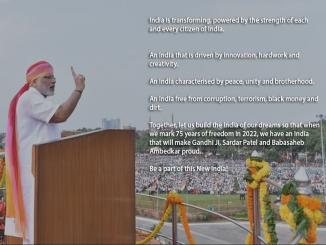 The SP, BSP, Congress and other parties remained stuck in their set-in-stone caste based equations while Modi erased with his cross caste appeal.