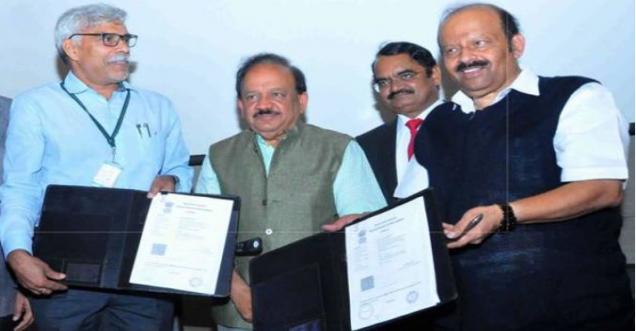 Currently, Indian manufacturers source Lithium Ion Battery from China, Japan and South Korea among some other countries. India is one of the largest importers and in 2017, it imported nearly 150 Million US Dollar worth Li-Ion batteries.

“Today’s development is a validation of the capabilities of CSIR and its laboratories to meet technology in critical areas to support our industry, besides other sectors,” said Dr Harsh Vardhan after the signing ceremony. “It will give tremendous boost to two flagship programmes of Prime Minister Narendra Modi – increasing the share of Clean Energy in the energy basket by generating 175 Giga Watts by 2022, of which 100 Giga Watts will be Solar and the second, National Electric Mobility Mission, to switch completely to electric vehicles by 2030.”

Dr Harsh Vardhan said, the project is in tune with Prime Minister’s vision of “Make in India”, to turn India into a manufacturing hub and to cut down outflow of foreign exchange.

Raasi Group will set up the manufacturing facility in Krishnagiri district of Tamil Nadu close to Bangalore. “We want to bring down the cost of cell manufacturing below Rs. 15,000/- per KW to replace Lead Acid Battery,” said Narasimhan. “We also have plans to make Lithium Ion battery for solar roof top with life span of 25 years to make it affordable enough to drive the Photo Voltaic segment.”