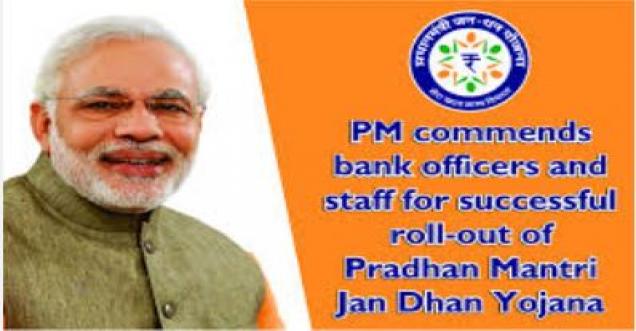 New Delhi, Demonetisation: A staggering total of Rs 21,000 crore have been deposited into Jan Dhan bank accounts since the demonetisation of high currency notes of Rs 500 and 1000 as told by Finance Ministry since Modi’s announcement of ban of 500 and 1000 Rs Notes.

As per reports most of these deposits have been made in West Bengal followed by Karnataka. Mamata Banerjee is the Chief Minister of west Bengal, who has been all out of WB to protest against the demonetisation and toll back the decision by the central government.

Jan Dhan scheme was a visionary decision of Prime Minister Narendra Modi to link every household with a bank account. Around 24 crore accounts were earlier opened under the scheme.

The Government  has also warned the people who are helping the black money holders to convert their currency into the new ones and said that those allowing his or her account to be misused would face prosecution as per the I-T Act.

"It is hereby clarified that such tax evasion activities can be made subject to income tax and penalty if it is established that the amount deposited in the account was not of the account holder but of somebody else," the ministry had said.

The person who will help the corrupt by offering their bank account will also face prosecution under the Income Tax Act.

To make an instant donation to ayupp.com, click on the "Donate Now" button above.
Tags jan dhan account misuse