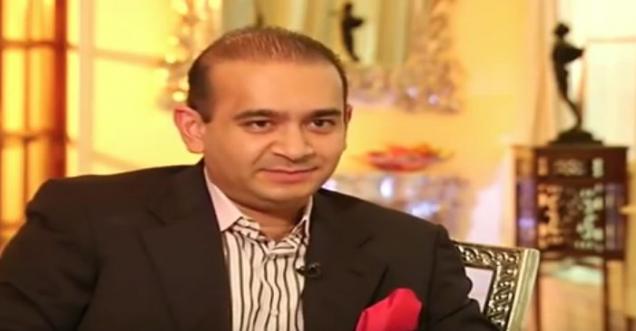 New Delhi: The opposition led by the Congress has all trained it’s guns towards the BJP government for letting Nirav Modi leave the country, it is interesting to note that this is not the first time such a thing is happening.

The grand Congress party called Nirav Modi as Chhota Modi, directly targeting the PM Narendra Modi. The BJP hits back reminding the Congress that the fraud started in 2011

People of the country are saying-

Congress using words like 'Chotta Modi' is not acceptable. BJP takes strong offence to the language used. It is derogatory: Shri @rsprasad https://t.co/Rn1OqKWMuh

Assets worth Rs 1300 crore have been seized and the passports have been revoked, along with circulating a look-out-notice for Nirav Modi : Shri @rsprasad Watch LIVE at https://t.co/kAT6OGahDd

This is a massive fraud of Rs 11, 300 cr at the Punjab National Bankand ever since it has come out, two of the major political parties are all over each other.

If this person had fled India before the FIR on Jan 31, then he is here, photographed at Davos with PM, a week before the FIR, after having escaped from India? Modi govt must clarify. #NiravModi #PublicMoneyLoot pic.twitter.com/gQQnKQNjDo

‘Loot & Escape” has become the hallmark of Modi Government.#From1MODI2another

List of other scamaster and people who fled India

"This government is part and party in the criminal conspiracy in him fleeing the country," said Congress leader Ghulam Nabi Azad reacting to Mallya’s escape.

Vijay Mallya: Liquor baron Vijay Mallya is mired in a slew of cases with the CBI slapping charges on him for diverting bank loans besides SBI seeking his arrest for loan default. The Enforcement Directorate (ED) registered a money laundering case against him and others in connection with the alleged default of over Rs 900 crore loan from IDBI bank.

A consortium of 17 PSU banks filed a plea in the Supreme Court seeking a direction that Mallya be restrained from leaving India.  Several former Kingfisher employees have been left with unpaid dues as well.

He was the CEO of Union Carbide, the company whose plant in Bhopal leaked poisonous gas and killed thousands of people in 1984, which is today known as the ‘Bhopal gas tragedy’.

When Anderson returned to the country four days after the deadly incident, he was arrested on his arrival in Bhopal albeit for a few hours only, soon he got bail and left the country. He never returned to face trail. It is suspected that the then PM Rajiv Gandhi was pressured by the US to let him go.

13 July 2013) was an Italian businessman who was being sought until early 2009 in India for criminal charges for acting as a conduit for bribes in the Bofors scandal. Quattrocchi's role in this scandal, and his proximity to Indian prime minister Rajiv Gandhi through his Italian wife Sonia Gandhi (Antonia Maino), is thought to have contributed to the defeat of the Congress Party in the 1989 elections.

In 1999, the Central Bureau of Investigation (CBI) named Quattrocchi in a chargesheet as the conduit for the Bofors bribe. The case against him was strengthened in June 2003, when Interpol revealed two bank accounts, 5A5151516M and 5A5151516L, held by Quattrocchi and his wife Maria with the BSI AG bank, London, containing Euros 3 million and $1 million, a "curiously large savings for a salaried executive".

In January 2006, these frozen bank accounts were unexpectedly released by India's law ministry, apparently without the consent of the CBI which had asked for them to be frozen

He was an Italian businessman who is alleged to have been the prime beneficiary in the Rs 64 crore Bofors kickbacks deal but managed to escape the country. The Congress party has maintained that they took whatever steps they could to bring him back but the extradition of an individual depends on the extradition treaty between countries.

The CBI managed to get red corner notice issued against Quattrocchi by the Interpol. He never came back to India to join investigations. The charge sheet that had Quattrocchi as an accused was filed in 1999. Another attempts were made to extradite Quattrocchi from Malaysia in 2003 and from Argentina in 2007 it was  not successful.

The CBI had registered a complaint in 1990 over alleged kickbacks in the $1.4 billion contract signed between the Indian government and Swedish arms company AB Bofors for supply of over 400 howitzers. The contract was signed in 1986.

Massimiliano Latorre and Salvatore Girone are two Italian marines who are accused of killing two Kerala, Indian fishermen in 2012. The Supreme Court allowed Latorre to stay in his country until April 30 for medical treatment. He has been in Italy since September 12, 2014 when he was first allowed to go back after he suffered a brain stroke.

However, there were reports that he will not return to India to face trial but senior advocate Soli Sorabjee, appearing for the marines, dismissed such rumors.

On January 12, 2016, Senator Nicola Latorre –Head of Italian Senate’s defence committee- said that Latorre will not return to India. Following this, CM Oommen Chandy said that Kerala will ask PM Modi to intervene in the matter to try and get him back.

In 2010, Modi alleged that the Indian National Congress minister Shashi Tharoor held indirect free equity in the Kochi Tuskers Kerala IPL franchise, ultimately leading to Tharoor's resignation. The Kochi franchise alleged that Modi was harassing them, because he wanted another group to win the franchise bid. Shortly after IPL 2010 ended, Modi was suspended from BCCI after being accused of misconduct, indiscipline and financial irregularities. BCCI launched an investigation against him, and banned him for life in 2013 after a committee found him guilty of these charges. Modi denied any wrongdoing, and blamed accusations on political rivalries. Shortly before the Enforcement Directorate (ED) launched an investigation against him for alleged financial irregularities, Modi moved to London. As of 2015, the ED has not found Modi guilty of any financial irregularities. The Government of India revoked his passport in 2010, but the decision was overturned by the High Court in 2014.