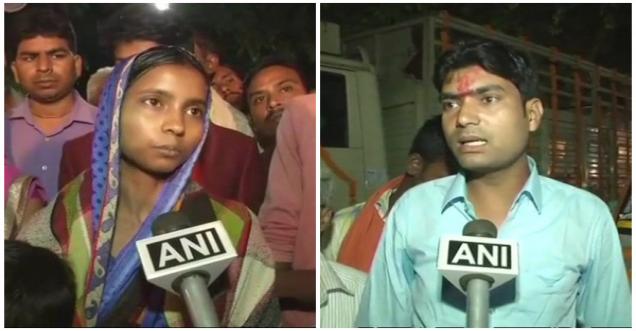 Siwan (Bihar) [India], Apr 3: As bodies of five people killed in Iraq reached Bihar's Siwan in the wee hours of Tuesday, families of two of them refused to accept the bodies, while demanding financial assistance from the state government.

Adalat Singh and Sunil Kumar were among the 39 Indians who were killed in Iraq's Mosul in 2014, by the terror outfit Islamic State (IS).

Shyam Kumar Kushwaha, a family member of Adalat Singh, told ANI, "He has a wife, little children and parents at home, and the family needs to be compensated adequately. Unless we are assured of the compensation that Bihar Government will give us, we will not take his body home."

Poonam Devi, the wife of deceased Sunil Kumar made similar demands, saying, "He was the lone bread earner and now I want job for survival of our children."

The District Magistrate of Siwan, Mahendra Kumar, who was also present at the spot said, "We will talk with the families and make them understand. They will be provided all possible help as per the rules; they may have demands but if these are beyond the rules, we will put it before the senior officials."

On Monday, Minister of State (Mos) for External Affairs General (retired) VK Singh handed over the bodies of the five deceased from Bihar to Chief Minister Nitish Kumar.

The family members of two deceased namely Vidyabhushan Tiwari and Santosh Singh did not come to take back the bodies.

The mortal remains of another person, Raju Yadav, are yet to be brought back from Iraq.