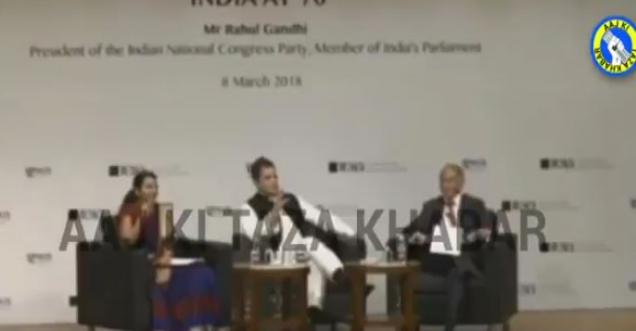 India, New Delhi: You don’t need a better campaigner, when the person from opposite political party is doing all the mistakes himself. While all are busy in discussing the video of Rahul and Professor PK Basu, the author of ‘Asia Reborn’. Looks like there was some more of a Knowledge transfer from Rahul Gandhi, where he states that  Healthcare in 21st century is about data.

Healthcare in 21st century is about data, you don’t need doctors as per genius Rahul Gandhi... #WhenYouAreRahul pic.twitter.com/CYCCvTX6LU

Rahul says, Health care in 21st century is basically data. You got to move from the world of Doctors, to world of data. It’s the Pilot, You had pilots earlier but now you don’t have pilots, they call themselves pilots but they are basically system managers. The plane is flying itself. They are sitting there because people need to feel comfortable that know that there is a pilot.  The entire system is managed through GPS and through other communication. That’s where the world of doctors is going.