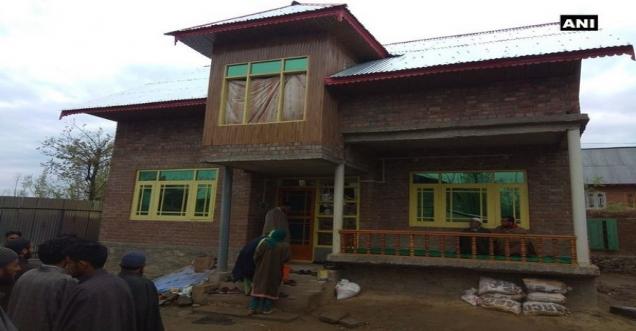 Bandipora (Jammu and Kashmir) [India], Apr. 03: Four terrorists barged into the house of a civilian in Hajin area of Bandipora district on Monday night.

The terrorists fired indiscriminately and caused serious injuries to one Farooq Parrey's wife, daughter and brother, according to an official statement.

The injured have been identified as Rafeeqa, Neelofar and Hilal Ahmad Parrey.

The militants, who are believed to be affiliated with the militant organisation Lashkar-e-Taiba, carried knives causing serious injuries to the residents of the house.

The injured in the incident have been shifted to Srinagar.

The militants have also abducted one Muntazir Ahmad Parrey from the house.

Meanwhile, an FIR has been lodged, and the police have begun an investigation.