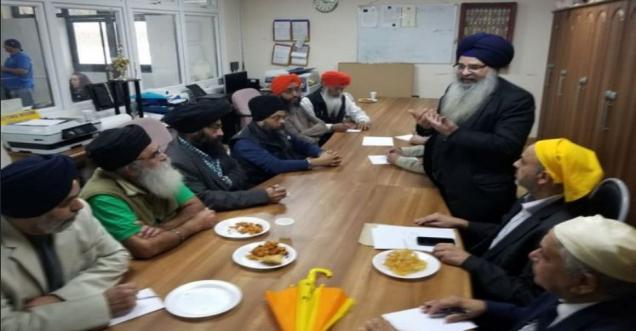 Chandigarh / Jammu [India], Apr 1: The pro-Khalistan secessionists based in the United Kingdom and other foreign countries demanding an independent Sikh state are working on the behest of Pakistan, allege experts in India.

They call it a desperate attempt by Islamabad to hamper peace and harmony in the country, where the country's constitution gives equal rights to its people.

Professor Parikshat Manhas of Jammu University said, "We cannot give a special status to one religion or one place, within one region of our country and denying that to all other religions. Our constitution allows us to respect each religion in an equal manner".

He added, "We are not in a position where we can say that one religion has a special status and others don't have and that is totally a laughable thing, if some radicals are thinking of providing that status, I think that is not appropriate".

According to the experts, a group of radical Sikhs based in the UK, who are working as stooges of Pakistan-based militants, including Wadhwa Singh of Babbar Khalsa International are demanding to have a sole objective to conduct acts of terror against the Indian state.

"Similarly they use European countries also as their launching pads. They see to it as any disgruntled element or any disgruntled citizen of the country, they will try to influence them and try building anti-India sentiment and now also a lot of NRIs, especially one of them who was UK based, has been arrested and he was actually being funded and supported through various Pakistani agencies only", added Manhas.

Recently, a group of pro-Khalistan Sikhs issued a diktat to ban entry of Indian officials in gurudwaras in the UK and Canada. However, the move was widely condemned by the Sikh diaspora.

Punjabi media channels in the UK and Canada have repeatedly condemned it on various debates and discussion platforms, calling it a part of a bigger and nefarious plot created and shaped in the territory of Pakistan.

Gurmeet Singh Babloo, Chairman of Bhagat Singh Youth Front said, "It is saddening to know that people are doing such things that are against the principles and values of gurdwaras. It is a place where people, cutting across all religious lines, come together and sits under one roof to eat community meal (Langar). When everybody can eat together then how can you say that one cannot enter especially Indian diplomats? Only a few people talk like this and it is very disappointing".

A group of British Sikhs along with Kashmiri separatists recently held a meeting to conduct an anti-India campaign during Prime Minister Narendra Modi's visit to the UK later this month.

They have been planning to hold anti-India protests outside the venue of Commonwealth Summit on April 18.

The heads of 53 Commonwealth nations, including Prime Minister Modi, will attend the summit from April 16-20 in London and Windsor.