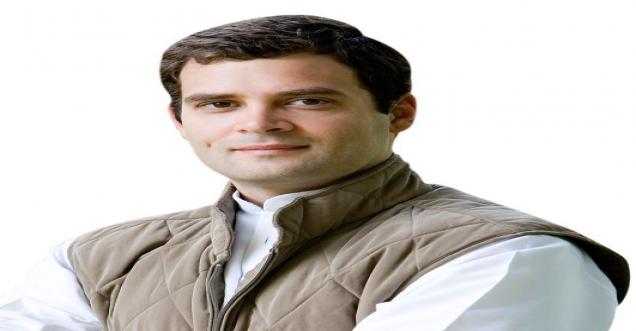 Earliar Rahul Gandhi, found his own 'Maut Ka Saudagar' moment against Narendra Modi. It's a 'believe it or not' kind of a statement: Prime Minister Modi is doing 'Khoon Ki Dalaali' over the blood of Indian soldiers who laid down their lives in the terror attacks in Kashmir.
The Congress vice president Rahul, has yet again proved that no matter how hard Prashant Kishor, other party strategists may try to re-launch him and portray him as a secular kisan neta this isn't an easy task for them. This quest for his image makeover has included photo ops of him eating at roadside dilapidated dhabas, dalit homes; sitting on khats, walking and talking on ornate ramps apart from  distributing fictitious non-deliverable karj mafi jholas to farmers in Uttar Pradesh. Despite all that tactical manouvers, the Congress second-in-command remains a man who does not understand Indian society, Indian polity and Indian psyche.
For if he had any idea of the growing assertive nationalistic mood in the country and the way Modi was being perceived as a strong and decisive leader who could teach a lesson or two to Pakistan, he wouldn't have said what he said on his landing in Delhi after concluding his month-long campaign for upcoming elections in Uttar Pradesh.
"Aap (Modi) kya kar rahe ho. Hame jo jawan hain, hamare jo jawan hain, jinhone apna khoon diya hai, Kashmir me khoon diya hai, jinhone Hindustan ke liye surgical strike kiya aap unke khoon ke piche chupe hue ho unki dalali kar rahe ho. Yeh bilkul galat hai." Said Rahul Gandhi said on surgical strike
He didn't ever consider that only a few days ago he had praised Modi for rising to the occasion. He also didn't consider his mother's signed statement issued on 30 September, hours after Modi government, through DGMO Lieutenant General Ranbir Singh, had announced the successful completion of a surgical strike across Line of Control on terror launch pads and inflicting sizeable casualties.
"Congress party stands with Government of India for its action today to protect our country's security and deal with the menace of terrorism from across the border. This is a strong message that conveys our resolve to prevent further infiltration and attacks on our security forces and our people." said by Sonia Gandhi.
It is noteworthy that Prime Minister Modi has not spoken a word about the surgical strike. He is maintaining a studied silence. Some of his party leaders have gone on to boast his leadership and the attack, but his own advice to his senior party men and ministers has been to exercise restraint and not to do chest thumping.
As it is, the passion is flowing thick and fast over the issue and Modi's personal rating has gone to higher notches. It's true that some over-enthusiastic BJP workers have put up posters in parts of Uttar Pradesh. These are election time and it is not out of ordinary that the ticket aspirants have put up posters all across. Such things happen in all parties. Congress party has been no less in putting up 'Hardik Dhanyawad, hardik badhayi' posters on slightest pretext.
Just that those were different times. Now it is not their time or place. The Congress, with 40 odd seats in Parliament and in power in handful of smaller states (Karnataka being the only big one where it is in power, and there too at an all time low) and there is nothing on the ground to suggest that the party is improving its prospects or Rahul Gandhi's stock raising in any way.
Rahul's Kisan Yatra began with the news of khat loot and ended with khoon ki dalali, making big headlines but all for the wrong reasons.
After backing Modi initially, the Congress changed its strategy in last three days. The Congress began demanding that Modi government should provide proof of the surgical attack and claim that surgical attacks across LoC in PoK were sort of routine during Manmohan Singh regime.
A Lieutenant General (retd), who was DGMO during the Congress period claimed to have done two surgical strikes, rubbished Congress's claims and told NDTV  that: "I am a soldier and I belong to the Indian Army, which is totally apolitical — dedicated, committed and professional. Now, let us put the surgical strikes in the correct contextual framework. These surgical strikes are in a different domain, they are a defining moment, where all elements of national power, that is the diplomatic, informational, military, economic, political, cultural — have synergised, and for the first time, India has given a befitting response to terrorist operations in the counter-terror domain... Having said that, the earlier strikes were not even strikes, they were cross-border operations done at the local level without much planning, without much thought."
More so, Rahul's statement comes on a day when popular Pakistan daily The Dawn had published an explosive report that Pakistan PM Nawaz Sharif and his government felt that Indian diplomatic offensive had successfully isolated Pakistan and there was a need for Pakistan to mend its ways. Rahul will learn hard ways that politics is about prudence and measured political attacks, not venting one's unadulterated whimsical thoughts in public.