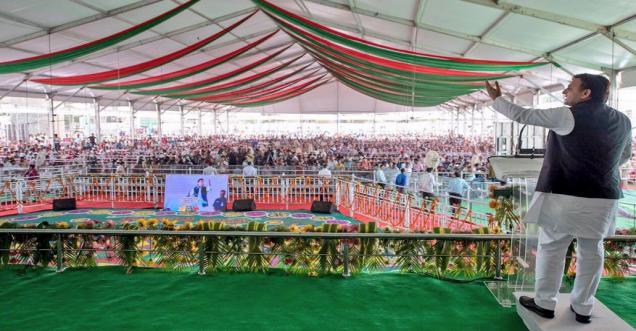 India, UP: The bypoll election in Uttar Pradesh has given the SP (Samajwadi Party) and BSP (Bahujan Samaj Party) a big boost and moral uplift they needed after the SP loosing the UP election recently.

The Ex chief Minister Akhilesh Yadav thanked the chief of BSP after the poll results were out on social media. He had thanked the public, Mayawati, BSP, other parties and called it a victory of ‘unity’.

The two leaders also met earlier after the bypoll results. However now the question is who is bigger in the UP politics. There was poster of now even put outside Akhilesh and Mayawati have been displayed outside Samajwadi Party office in Lucknow. However in the picture Mayawati’s is depicted as a larger personality, which raises the question that who is bigger. Mayawati or Akhilesh Yadav.

Poster with pictures of Akhilesh Yadav and Mayawati seen outside Samajwadi Party office in Lucknow pic.twitter.com/htBac1mAjn