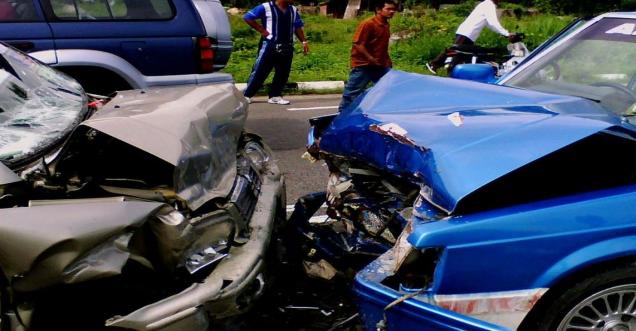 Briefing the media in the capital today, Mrs Kirti Saxena, Senior Adviser of Transport Research Wing  and Chairperson of the  committee said that  FIRs at police station suffer from under reporting of data from the accident site, which are therefore inaccurate and incomplete.  She informed that the committee  met  a number of times to look into the weaknesses of the existing format for reporting accidents.  After studying the way accidents are reported in various states and also in other countries, the new format was recommended to the Ministry.  She also  stated that the main role would be that of the police for whom workshops would have to be held.

Prof. Geetam Tiwari from IIT Delhi  and member of the committee  elaborated on the salient features of the new format.   She informed that at present reports are collected from police stations and State Governments send their report to the Centre. She expressed the hope that the new format would fill in gaps in reporting of accidents by minimizing subjectivity.

Prof. Sudeshna Mitra of IIT  Kharagpur and  member of the committee said that recording of the accident site will play  crucial role  in the task of reporting.  She added that the GPS detail will enable to understand the road design at site.  Besides, vehicle analysis and also person related details would help in analyzing the accidents.

The recording of accident data is done in FIRs at police stations. These records are liable to be subjective as the police personnel fill it up according to their understanding and assign reasons for accidents as per their  interpretation. There are apprehensions that due to limited technical understanding, the police persons recording the data are not able to recognize the role of road engineering defects, the nature of impacting vehicles and other such technical details that may have caused the accident. As a result, these aspects that are so vital for ensuring road safety but remain unreported or under reported.

After a series of deliberations the committee has developed a uniform accident Recording Format to be adopted by the police in all states and UTs.  The accident Recording Form has five sections designed to capture all relevant information like accident identification/location, road condition, vehicles involved and victim details. Section A contains accident identification details like location, vehicle type etc. Section B captures road conditions and features like culvert, gradient, pothole etc. Section C would capture details about vehicle – both motorized and non motorized, overloading etc. Section D would capture traffic violations by drivers and Section E would capture details about persons other than drivers involved in the accident. The form is simple and would be easy for the police persons at thana levels to understand and fill up. It also minimizes subjective elements.

This development is important as the data forms the basis for analyzing the cause of accidents, identifying black spots  and taking corrective steps to eliminate the same. This is also the data that gets compiled by the Transport Research Wing of the Ministry in its annual publication Road Accidents in India.  Over a period of time the data will reveal patterns which will provide solutions and enable action to be taken.