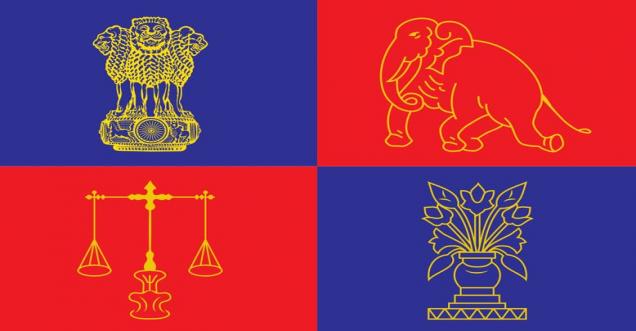 New Delhi: The Election Commission has today announced the dates for the president and vice-presidential elections. The Election Commission on Wednesday, in a press conference, said that if voting was required, then on 17th July 2017, the voting would be held. The counting of votes will be on July 20. The Commission said earlier that the notification for Presidential election will be issued on June 14. June 28 is the last date for nomination. The last date for withdrawal of nomination is July 1.

Last date for nomination is June 28. If poll needed then it would be on July 17 and counting on July 20: CEC Naseem Zaidi #Presidentialpolls pic.twitter.com/iThFPqJV8N

There is constant conflict between the opposition and the ruling party for the President's name. Intensive churning is going on in the parties for the candidates of the presidential election. The presidential election is done by indirect voting. Instead of the public, the elected representatives of the public elect the President. The President of India is elected by the Election College. This is mentioned in Article 54 of the Constitution. It consists of elected members of both the Houses of Parliament and the State Legislative Assemblies. MLAs of two union territories, Delhi and Puducherry also participate in the elections, which have their own legislative assemblies.

Several names including Jharkhand's governor Draupadi Murmu, Union minister Venkaiah Naidu, Mohan Bhagwat and others names are being discussed in the corridor of the ruling party. While there is no discussion of any name on behalf of the opposition. Currently the ruling party and the opposition parties are not unanimous about the Presidential candidate. In such a situation, the option of voting is avoided.

Here are few facts about the preesidental election in India

In the year 1848, Louis Napoleon was elected as the head of the state with a direct vote, Louis Napoleon overthrew the French Republic and claimed that the people have chosen him directly, then he is the king of France. In view of this incident, the President of India is indirectly elected.

The President of India is elected by the Election College. This is mentioned in Article 54 of the Constitution. It consists of elected members of both the Houses of Parliament and the State Legislative Assemblies. MLAs of two union territories, Delhi and Pondicherry also participate in the elections, which have their own legislative assemblies.

All MPs and MLAs have a certain number of votes; however, the value of votes of every elected MLA and MPs is long calculated.

The way to value the votes of MPs is a little different. Firstly the value of votes of all the legislators of the whole country is added. Which is divided by the total number of MPs elected in the Lok Sabha and Rajya Sabha. The number of votes of a MP from the state comes out from the number. If there is more than 0.5 remaining on the part of this way, then there is an increase in the weightage.

In the presidential election, the candidate's victory is not just by getting the most votes; he also has to get more than half the share of the votes of MPs and legislators. In simple words, before the election it is decided that the winning candidate should get the number of votes or weightage. For example, if there are 10,000 valid votes, then the candidate (10,000 / 2) +1 will be required, which is equivalent to 5001 votes.

6.  What does mathematics say?

7.  What is the position BJP government in the presidential election

To make BJP's choice of President, the NDA has to get votes equal to 5.49 lakhs. NDA (MPs of 23 parties and legislative assemblies of state legislatures / legislative councils) hold about 48.64 percent of the Electoral College related to the presidential election.BJP 5 lakh 32 thousand 19, but of these about 20 thousand votes are of NDA's allies. By stopping the resignation of Yogi Adityanath, Keshav Prasad Maurya and Parrikar, the BJP at the centre has completed the shortage of 2100 votes. Of the 29 states in the country, the BJP occupies 12. NDA is in 15 states with BJP joining.

8.  Position of the opposition

Congress is the biggest party in along with Trinamool Congress and the Left parties. On the basis of political equations in the opposite state or the center, the percentage of 23 parties which could go with the Congress-led opposition, is almost 35.47 percent of the vote. The Opposition parties have estimated votes of 3,91,000.

These six parties have not yet opened their cards, Aam Aadmi Party, Biju Janata Dal, Indian National Lok Dal, YSR Congress, Trinamool Congress and AIADM. The vote percentage of these 6 parties is also around 13. There are 1,70,000 estimated votes in the numbers.