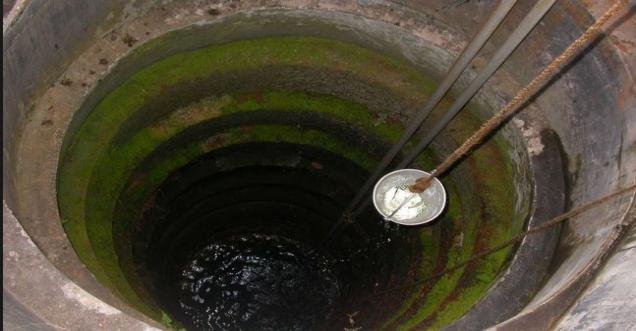 image for representation purpose only

India, Cuttack: In a horrible incident in Cuttack district, the body of a 16 day old baby boy who was snatched from his parents by a monkey in the early hours on Saturday morning 31st March was found floating inside a well on the back side of their house on Sunday.

As reported in timesofindia, the incident occurred in in Talabasta village in Banki on Saturday at the residence of Rama Krushna Nayak, boy's father.

It is suspected that the boy might have fall from the monkey clutches and fallen into the well.

The possibility of some foul play cannot be ruled out as the newborn had some congenital disorders, police have sent the body to Banki hospital for an autopsy. Sources in the family said the baby had the problem in crying at the time of the birth for which he was recently admitted to the Banki Sub Divisional Hospital. “As the baby boy has problem in crying, it has become difficult for us to trace his whereabouts in the forest as we cannot hear his voice”, the Forest staffs said.

The mother of the boy has alleged that the boy was lifted by a monkey, soon a  massive rescue operation was launched by police, personnel of fire services and local residents to trace the monkey and the newborn. But as the baby boy remained untraced for over five hours, 50 Forest staffs in five teams led by the Ranger of Damapada Forest Range, Sangram Keshari Mohanty along with intensified the search operation but all went in vain.

Representative Image CUTTACK: The body of a 16-day-old boy, who snatched by a monkey from his home in Odisha's Cuttack district, was recovered from a well in the backyard of the house on Sunday morning.The incident occured in Talabasta village in Banki on Saturday at the residence of Rama Krushna Nayak, boy's father.