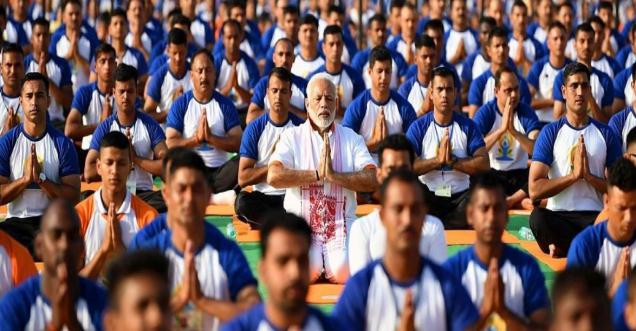 Prime Minister Narendra Modi today said that Yoga has become one of the most powerful ‘Unifying Forces’ in the world. He was addressing a huge gathering on the 4th International Yoga Day held at the Forest Research Institute campus in Dehradun, Uttarakhand. Prime Minister performed Yogasan, Pranayama and Dhyan with about 50,000 yoga enthusiasts and volunteers at the Forest Research Institute campus.

“It's a proud moment for everyone that today, all over the world; people are welcoming the brightness and warmth of the sun with Yoga. From Dehradun to Dublin, from Shanghai to Chicago, and from Jakarta to Johannesburg, yoga is now spread everywhere”, Prime Minister said

Giving a clear-cut message to the Yoga enthusiasts all over the world, Prime Minister said that the entire world has embraced Yoga and the glimpses of this can be seen in the way International Day of Yoga is celebrated every year.  He further added that Yoga Day has become one of the biggest mass movements in the quest for good health and well-being.

Prime Minister said that we should not hesitate to honour our own legacy and heritage if we want the rest of the world to respect us. He said that Yoga is beautiful because it is ancient and yet modern, it is constant and yet evolving; it has the best of our past and present and provides a ray of hope for our future.

Talking about the potential of Yoga, Prime Minister said that Yoga has a solution to most of the problems faced by people, as individuals as well as a society. He said that Yoga could lead to a calm, creative and content life, removing tensions and needless anxiety. “Instead of dividing, Yoga unites. Instead of further animosity, Yoga assimilates. Instead of increasing suffering, Yoga heals”, he added.

English rendering of PM's speech at the celebrations of 4th International Yoga Day in Dehradun, 21.06.2018

All the dignitaries present here on the dais and all my friends present in this beautiful ground, I convey my best wishes on the fourth International Day for Yoga to Yoga lovers all over the world from this holy land of Devbhumi Uttarakhand.

It’s no less than our good fortune that all of us have gathered here in this manner on the occasion of Yoga day on this land of mother Ganges where four holy shrines are located, the land which was visited by AdiShankaracharya and where Swami Vivekanand also came several times.

Even otherwise, Uttarakhand has been the main centre for Yoga for several decades. These mountains of Uttarakhand spontaneously inspire us for Yoga and Ayurveda.

Even a common man gets a unique diving feeling when he visits this place. There is an incredible spirit, vibrations and magnetic power in this holy land.

It’s a matter of pride for all Indians that today as the rising sun will progress on its journey, as the sunrays will reach the earth and light is spread, in all those places people will welcome the sun with Yoga.

From Dehradun to Dublin, from Shanghai to Chicago, from Jakarta to Johannesburg, everywhere, there is Yoga all around.

Whether it is thousands of feet high mountains of Himalaya or be it desert area singed by sunlight, Yoga is flourishing the life in every situation.

Yoga helps to maintain balance amidst this disintegration. It does the job of uniting us.

Yoga brings about peace in this modern fast paced life by combining the body, mind, spirit and soul.

It brings about peace in the family by uniting the person with the family.

It brings about a harmony in the society by making the family sensitive towards society.

And this kind of countries bring about peace and harmony in the world. And humanity flourishes and gainstrength from this feeling of brotherhood.

It means Yoga unites individuals, families, societies, countries and the world and it unites the entire humanity.

When the proposal for Yoga Day was moved in the United Nations then it is a record in the United Nations that this was the first such motion that was co-sponsored by the maximum number of countries in the world. And this was the first such proposal in the history of United Nations which was approved in the least time. And today every citizen of the world, every country of the world considers Yoga as its own and it is an important message for the people of India that we are the inheritors of that great legacy, that we have preserved the legacy of that great tradition.

If we start taking pride in our legacy and if we abandon those things which are out of sync with the time, and that kind of thing doesn’t last either. However, what is appropriate as per the time and which is useful in making of the future, if we take pride in our great legacy of this kind then the world too will never hesitate in taking pride in that. But if we don’t have any trust in our own strength and capabilities then no one will accept it. If a family itself continues to demoralise a child in the family and if that family expects that the kid will be respected in the locality then it is not possible. When parents, when family, when brothers and sisters, all of them accept a child as it is only then the neighbours also start accepting the child.

Today, Yoga has proved this thing that as India has once again attached itself to the power of Yoga, similarly, the world too has started attaching itself with the Yoga.

Today, Yoga has become one of the most powerful unifying forces in the world.

I can say it with full sense of confidence that today if we gather the number of people doing Yoga in the entire world then incredible facts will be revealed to the world.

People gathering for Yoga, people like you gathering for Yoga in different countries, in parks, in open grounds, on the sides of the roads, in offices and homes, in hospitals, in schools and colleges, in the historic buildings, have been providing further energy to the feeling of this universal brotherhood and global friendship.

Friends, the world has embraced Yoga and glimpses of this can be seen in the manner in which International Day of Yoga has been marked every year.

Infact, Yoga Day has become one of the biggest mass movements in the quest for good health and well-being.

Friends, from Tokyo to Toronto, from Stockholm to Sao Paulo, Yoga has become a positive influence in the lives of millions.

Yoga is beautiful because it is ancient yet modern…it is constant yet evolving.

It has the best of our past and presents and a ray of hope for our future.

In Yoga, we have the perfect solution to the problems we face, either as individuals or in our society.

Ours is a world that never sleeps. At every given point, there is something happening in a different part of the world.

A fast-paced existence brings with it lot of stress. I was shocked to read that every year, almost 18 million people all over the world die due to heart-related diseases. About 1.6 million people lose the fight against diabetes.

The way to lead a calm, creative and content life is Yoga. It can show the way in defeating tensions and mindless anxiety.

Instead of dividing, Yoga always unites.

Instead of further animosity, Yoga assimilates.

Instead of increasing suffering, Yoga heals.

Practicing Yoga has the ability to herald an era of peace, happiness and brotherhood.

More people practicing Yoga means the world needs more people to teach it. Over the last three years many individuals are teaching Yoga, new institutions are being set up and even technology is connecting people to Yoga. I urge you all to build on this momentum in the times to come.

May this Yoga Day become an opportunity to deepen our connect with Yoga and motivate people around us to practice it. This can be the enduring impact of this day.

This is the reason because of which the acceptance for Yoga throughout the world has been increasing so rapidly.

It has revealed in the studies conducted by Coventry University and Radboud University that Yoga not only provides relief to our bodies but it can also reverse those molecular reactions taking place in our DNA that cause illness and depression.

We can protect ourselves from several diseases in addition to having a good heath if we daily practice the poses and breathing exercise of Yoga. Regular practice of Yoga has a direct bearing on the medical expenses of any family.

It is essential for us to stay healthy to join in the every activity, every process of the nation building and Yoga certainly has a big role in this thing too.

Therefore, today, I urge you people that those who have been practicing Yoga please make it regular, and those who could not start doing Yoga so far they must make an effort once.

Friends, the increasing spread of Yoga has brought the world to India and India to the world even closer. The position that Yoga has got in the world due to constant efforts made by us that position will be further strengthened with the time.

From this holy land, I once again convey my best wishes to the Yoga enthusiast all over the world.

I convey my sincere regards to the government of Uttarakhand for organising this event.

Thank you very much. 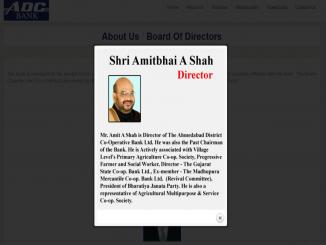