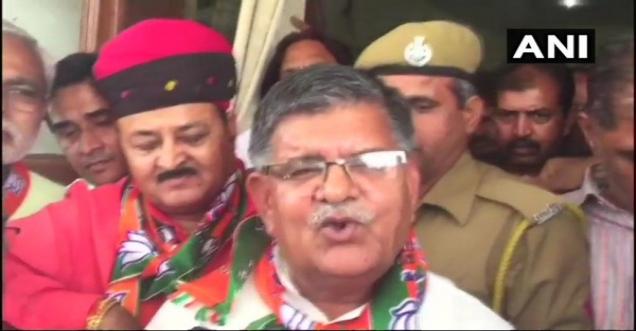 Kota (Rajasthan) [India], Mar. 27 : Rajasthan Home Minister Gulab Chand Kataria on Tuesday said a strict action will be taken against those who took out a tableau in Jodhpur on Ram Navami to honour Shambhu Lal, accused of killing a Muslim labourer from West Bengal.

Talking to media, Kataria said, "It is my duty to take strict action against the culprits."

Last year, Lal allegedly killed the labourer and set his body on fire, as the latter was said to be romantically involved with a Hindu woman.

While murdering the victim, Lal recorded the brutal act on video, uploaded it to social media and justified it in the name of 'love jihad'.

He is in jail since December 2017 after a case was registered against him.