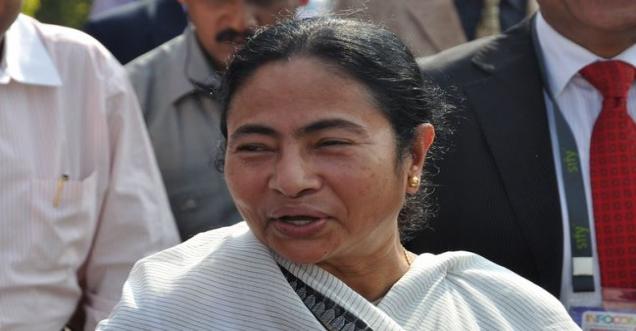 Kolkata, Mamata Banerjee: Ever since modi launched the demonetization since November 8, the chief minister of West Bengal, Mamata Banerjee is all out with full force to revolt against the demonetisation.  However Monday she vowed to topple Prime Minister Narendra Modi from politics stating that there was no place for dictators like him in a democracy.

"Modiji, you have finished India's economy and growth. We don't trust you or your mismatched wrong technology which you are advertising for. We want technology and progress. But no section of society is to be left out and tortured while doing this [demonetisation]".

Mamata said to the people in a recent rally, "I appeal to everybody, take a vow - either I will die or live, but remove Modi from politics. There is no place for dictators like you, Modi babu. This is a democratic country"

"A decision has to be taken after proper planning; otherwise its impact is disastrous for people. Over 80 people have committed suicide because of your decision. There is no money in the bank or people's pockets. Farmers, workers have no food. Hawkers and small shopkeepers are crying"

"Whole India is in a bad shape, Modi is sleeping and making big speeches. He is giving us lectures on 'Mann ki Baat' (radio programme)," CM Mamata Banerjee asserted adding that the currency ban decision is a Tughlaqi fiat and even Hitler had not taken such a step.

Mamata claimed that if she was in Modi's place, she would have never taken such a decision. And if I had made such a mistake, I would have taken my decision back," she added.

"You can only get some parties on your side, but not all. I would like to tell everybody that even if they manage to terrorise everyone, we won't be cowed down. We will be there till the end,"

Further training guns at PM Modi, she said, "In some other areas, they have bought pearls, gold and emeralds. And now Modi is labeling 86 per cent of the country's population as black money holder. And you (Modi) are pristine white? Kolkata today has shown the way. Come on to the roads. Let there be a struggle that will make the people victorious."

Modi Ji has lost all credibility. A bad politician & even a worse administrator. He is lying. All Opposition is united, and you are divided

To make an instant donation to ayupp.com, click on the "Donate Now" button above.
Tags Mamata BanerjeeNarendra Modidemonetization