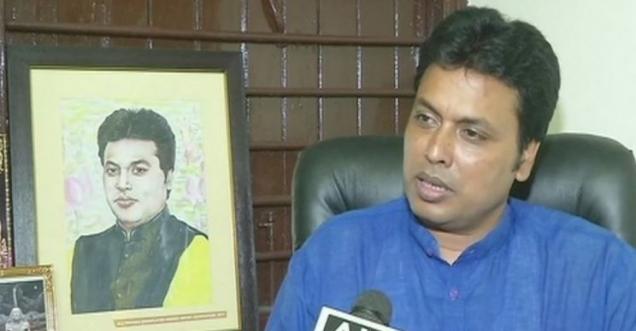 The two met with the three-member expert committee constituted for this purpose.

Speaking to media after the meeting, Sarma asserted that the latest pay commission will be implemented as early as possible.

"Tripura CM is working hard on the issue of implementing seventh pay commission for the government employees. The idea is to clear it as early as possible," Sarma said.

The implementation of the latest pay commission within three months of the formation of the government was one of the poll promises made by the Bharatiya Janata Party during the electioneering in Tripura.

Currently, the salary of the government employee is as per the fourth pay commission. Under this, if the salary is Rs 20,000, it would increase to Rs 35,000 if the latest pay commission gets implemented in the state.