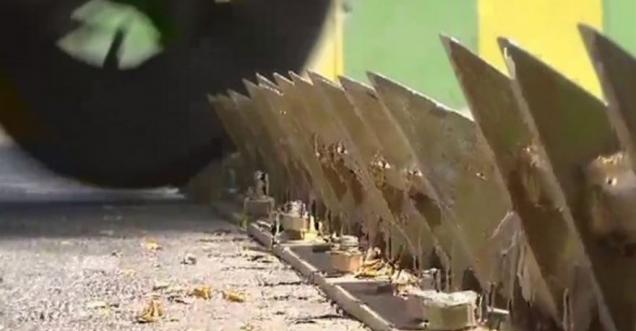 Tyre killers are essentially a metal strip that acts as a speed breaker for the person driving on the right side.

India has worst driving etiquettes and India’s love to Honk on the road for no reason, most of the Indians easily drive on the wrong side of the road and breaking traffic rules Is quite common here. As most of the people don’t believe following the rules, until they are caught. This lead to many accident to other people who follow the rules of driving on the road.

However, it has spikes on the opposite side, so if someone tries to drive or ride their vehicle from the wrong side, the spikes will puncture the tyre.

See the video below explains how Tyre killers seem like an effective solution to stop this nuisance that engulfs thousands of lives every year.

The concept was inspired by the techniques used in other countries to control traffic violations.

It was installed a month ago for about Rs 1.75 lakh and is effectively working to control the traffic violations, claimed Amanora Park security officials.