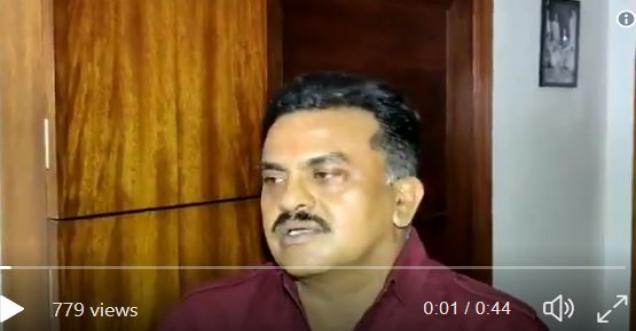 "PM @narendramodi is dripping with corruption on #RafaleDeal , it is an insult to Lord #Vishnu to compare him with a corrupt man like PM Modi.

Secondly an analysis on his behaviour, BJP leaders will realise he is an incarnation of Mahisasur" MRCC President @sanjaynirupam pic.twitter.com/IEk3OSNnxd

"I condemn this tweet. It's inappropriate to compare Pm Modi with Lord Vishnu. Lord Vishnu was not corrupt, he never lied. Whereas Narendra Modi is deep into corruption as far as Rafale deal is concerned. He is not the "11th incarnation" of Lord Vishnu". "It's Navratri and if you notice the behavior of our Prime Minister then I think BJP should question if PM is an incarnation of Mahisasur".