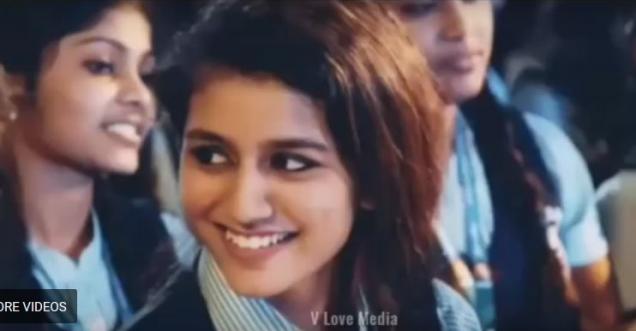 However a Muslim youth has filed a complaint at Falaknuma Police Station in Hyderabad against latest sensation and actress Priya Prakash Varrier, for some unknown reasons only he can understand.

As per the director, Omar Lulu, director of ‘Oru Adaar Love’ said that the song is a romantic score and no where it hurts any religion.

Speaking to times now Muqeeth Khan said that he liked the you tube video and even the melodious song ‘Manikya Malaraya Poovi’, however he did not like the the translated version of the song. He found out that it alleged insults the prophet.

He did not have any reasons to back up himself,  when the Times Now anchor questioned him firmly, he said he didn’t have any other valid reasons. So he said, “I have freedom of expression, so I complained against the song”.

Thanks for the great response 😊

Other people response to the case

What he's basically trying to say is: "I heard the song. I found it so adorable that I liked it on youtube. Then I realized that we live in India, still nobody has protested against the song until now and this is a great chance for me to pull off a publicity stunt & get famous."