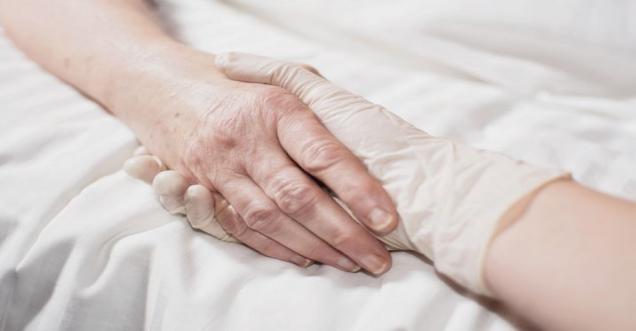 India, New Delhi: It is quite common on any Celebrity Death, the news channel will be flooded with the news regarding the death of the celebrity and mostly for gaining a huge TRP. But if there is any issue with the death related to different the media will be little shy. They will be showing this in super 50 or very fast. The same thing was done earlier when the Supreme Court granted the euthanasia for death.

The Supreme Court has given legal sanction in landmark verdict to

The top court said that directions and guidelines lay down by it and its directive shall remain in force till legislation is brought on the issue. The verdict of the Supreme Court is of 538 pages. The CJI, reading out the judgment, said that though there were four separate opinions of the bench but all the judges had common view that the 'living will' should be permitted since a person cannot be allowed to continue suffering in a comatose state when he or she doesn't wish to live.

What is Active euthanasia?

What is Passive euthanasia?

What is a living will?

A living will is a written document by way of which a patient can give his explicit instructions in advance about the medical treatment to be administered when he or she is terminally ill and no longer able to express informed consent. The person can decide before hand what type of medical treatment he/she is given when on condition of situation like death, when the medical board has said that the person can only live in life support system. The family of the concerned person in such a situation of power to decide, whether his life support system can be stopped or not.

The Supreme Court has given this verdict on a petition filed by an NGO 'Common Cause', in the year 2005, which had approached the Supreme Court seeking a direction for recognition of 'living will' and contended that when a medical expert said that a person afflicted with terminal disease had reached a point of no return, then she should be given the right to refuse being put on life support and now the verdict is out in 2018. The Supreme Court has said that living life with dignity is right of a person and also dying with respect is the right of any person. This is the right of every person

What happens to the person?

If the person who has made the living will and gets some diseases which cannot be cured and he from long time on life support system and without any movement. Then his family members can tell the doctors about the living will. After this the doctor will check with the Magistrate regarding the fact of the living will. Then a medical board will be made with three different experts, whose experience should not be less than 20 years. The medical experts than needs to discuss with the patients family on any future steps to be taken. The medical board should than inform the area collector of that area. The collector of that area will again make a medical board. The head of this new medical board will be the areas Chief medical officer (CMO). In this board three senior medical experts will be present; they should be different from the old board members. That means in both the board different set of doctors should be present. The board made by the collector will be giving the report to the Magistrate, the magistrate will than himself go to the hospital and see the condition of the patient and will than take the final decision of the medical board members. Now if the medical board rejects the death plea, than the family members can go to the High court. On such condition the Judge of the high court will make a division bench, which will hear the family member’s plea. After this the division bench will again make a separate Medical board and after this high court will take the final decision.

This is quite a long step to make this happen and will likely cause waiting list in the country for death. People will have to wait in line for death even.