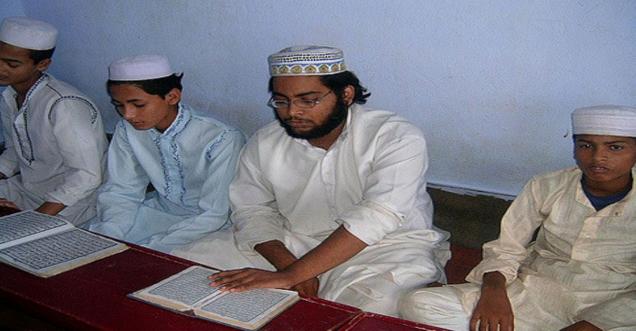 New Delhi, August 11: The Yogi Adityanath UP government has directed all madarsas affiliated to the UP Madarsa Shiksha Parishad to make videograph of the events organised on the occasion of Independence Day 2017.

The madarsas have also been asked to pay tribute to freedom fighters and organise cultural programmes. In the past, madarsas were only directed to hoist the national flag and recite the national anthem.

When the Yogi government came to power, one of the few things the the UP government did was that it stopped many of the holidays and said instead on the special days people should be made aware more of the freedom fighters.

A circular in this regard was also issued by the Registrar, Rahul Gupta, to UP Madarasa Shiksha Parishad to 8,000 madrasas recognised by the Paishad and 560 others government-aided.

The circular says that post hoisting of national flag and recitation of national anthem, tributes would be paid to freedom fighters and students will be told about the importance of Independence Day. They will also be asked to sing songs based on nationalism. A cultural program on national unity and sports events will follow then and the program will end with sweet distribution.

In the history of madrasas this is the first time they have been directed to organise more programmes than just hoisting the national flag and reciting national anthem. It can be noted that after coming tp power in UP, the Yogi government have increased around 67% money for the modernization of Madrasas in the state.

The state government has warned the madrasas that if the directives aren’t followed, the state will then withdraw government aid to these institutions.