A recent tweet by JP Nadda National President of Bharatiya Janata Party,, put a huge question on Aam Aadmi Party’s shifting freebies from election to election and noting being done. 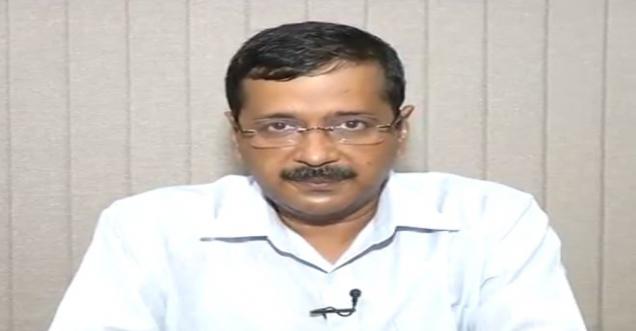 News Verification: In 2015, the Aam Aadmi Party’s (AAP)led by Arvind Kejriwal gave the slogan paanch saal Kejriwal found such support in Delhi that the party ended up rewriting electoral history by winning 67 of the 70 assembly seats.

On July 3, 2018, the Delhi High court blown holes into the Aam Aadmi Party's tall claims on education being the top focus of the Arvind Kejriwal-led government in Delhi.

The Delhi High Court has blown holes into the Aam Aadmi Party’s tall claims on education being the top focus of the Arvind Kejriwal-led government in Delhi. Contrary to the Delhi government highlighting its initiatives and achievements on education, the Delhi High Court came down heavily on the city government over the lack of basic amenities and infrastructure at a school in the city’s Karawal Nagar area. The HC said that the fully-aided government school was under pathetic circumstances and ordered the immediate provision of water and toilet facilities in the school.

Apart from this, the number of children going to Delhi government schools fell by 8 percent between 2013-14 and 2017-18, according to a report by Praja Foundation, an NGO working in the education sector.

So it raises doubts that how can a drastic change comes in just over one year and Delhi build over 20000 schools in the capital city of India.

CCTV Cameras by Arvind Kejriwal: The initial promise by the Kejriwal Government was 15 lakh cameras in New Delhi. After a couple of years in power and seeing the election in the year 2020,  In July 2019, the first batch of 2,000 cameras is already in the process of installation and tenders for the second batch have been drawn up. Kejriwal said, Around 3 lakh cameras will be installed in all 70 assembly constituencies, government schools, and buses.

More of this was mere promises and never came into the picture. Delhi Chief Minister Arvind Kejriwal last year in 2019, announced that 2.80 lakh CCTV cameras will be installed across the national capital, along with 11,000 free WiFi hotspots. The AAP leader Kejriwal had promised 15 lakh CCTV cameras for Delhi more than once during the 2015 elections.

In his town hall with media house News Nation, Arvind Kejriwal, when asked about 15 lakh CCTV cameras promise made in 2015 claimed that he never made such a promise.

Kejriwal’s 15 lakh CCTV promise, see the below video. During 2015 AAP Manifesto release, Kejriwal had listed out various steps his government would take to ensure women’s safety should they be elected to power. At around 12:30 in the video, Kejriwal says 10-15 lakh CCTV cameras is much less for the safety of our mothers and sister, he would set up a huge camera system around New Delhi.

In the video above, Kejriwal had again promised he would install 10-15 lakh CCTV cameras across Delhi.

So It looks like by the data above, Kejriwal has been more prone to giving promises and having the support of the certain vote bank.  Based on the mixture of these two, he has been returning in power in Delhi. Most of his promises have not been fulfilled yet.