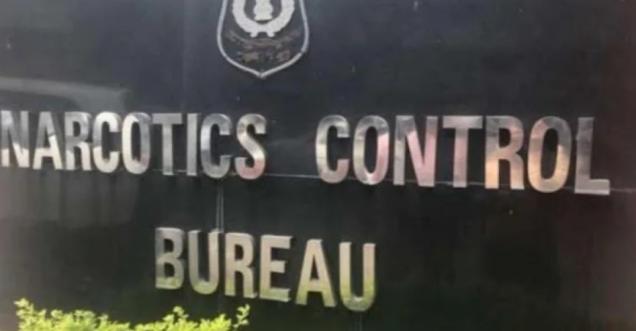 Mumbai: It is not new that Bollywood celebrities have been repeatedly named in drug investigations over the years. Huge revelations were also made in the investigation of Sushant Rajput's suicide case a year ago. During Narcotics Control Bureau (NCB), many big  Bollywood names came to the fore. The names of many big actresses have also come out with the usage of drug use and transactions, this is quite surprising.

During the investigation of the Sushant case, the name Jaya Saha came to the fore. Jaya Saha is an employee of talent management company Quan which looks after the work of many big actors. Among them was Sushant. In the NCB investigation, many new names have also come up in the chat for taking drugs. In this case, the NCB team had questioned Jaya Saha.

During the CBI investigation of the Riya Chakraborty Sushant Rajput case, actress Riya Chakraborty's links with drug traffickers were found. Shauvik Chakraborty, brother of Riya Chakraborty, the main accused in the case, admitted that he had bought the drug for his sister Riya. Also, NCB had told that after interrogation, Riya had disclosed the names of about 25 people of Bollywood, including many big stars. Riya had also admitted that she herself used to take drugs. Riya also had to go to jail in this case.

During the investigation of the Rakulpreet Singh Sushant case, the name of actress Rakulpreet Singh also came up in the drug case. NCB had summoned Rakul in this case and interrogated him. On the other hand, Riya Chakraborty had openly taken Rakul's name and said that Rakul Preet Singh is the mistress of the drug which was recovered in her house.

Saif Ali Khan's daughter and actress Sara Ali Khan was also questioned by NCB in the same case. At the same time, the matter of Sara's affair with Sushant and friendship with Riya Chakraborty also came to the fore. The media report claimed that Rhea Chakraborty had told the NCB team during interrogation that Sara Ali Khan used to attend Sushant Singh Rajput's drug parties. However, during the interrogation of NCB, Sara had categorically denied the matter of taking drugs.

The name of actress Deepika Padukone was also revealed in the Deepika Padukone narcotics case. Deepika was questioned by NCB for a long time. Actually, the screenshot of the conversation between Deepika and Karishma regarding the goods was revealed, after which NCB had summoned Deepika and interrogated her.

Shraddha Kapoor also came on the radar of NCB due to WhatsApp chat. The actress' chat revealed that she was consuming CBD oil which falls under the category of narcotic. It was mentioned in a conversation with Jaya Shah. During interrogation with NCB, Shraddha had denied these allegations.

Bharti Singh:  Comedians Bharti Singh and Harsh Limbachiyaa have also been accused of taking drugs. Ganja was recovered from their house after which both were arrested by NCB. During interrogation, Bharti Singh had confessed to taking drugs. After some time he was released on bail.

Salman Khan snapped from his car outside Shahrukh Khan's residence.

Arjun Rampal:  Arjun Rampal is also implicated in the drug case. In fact, the brother of Arjun's partner Gabriella Dimitriades was found accused in the drug case. Due to this connection, NCB also raided Arjun's house, from where they got some evidence against Arjun. He was later called for questioning when Arjun cited the evidence found against him for medical needs. A few days back also, Arjun's name came up again in the drug case when the actor gave a big clarification on it.

Armaan Kohli:  Actor Armaan Kohli's name has also surfaced in the drug case. Sometime back NCB raided Armaan Kohli's house from where he recovered some quantity of narcotics. Since then he was arrested. According to reports, cocaine was recovered from Armaan's house.

Ejaz Khan:  After the arrest of drug peddler Shadab Batata, the name of actor Ejaz Khan also surfaced in this case. Actually, Ejaz Khan is accused of being a part of the Batata gang. After which NCB had arrested Ejaz in the drug case in March this year.

Sanjay Dutt:  The name of actor Sanjay Dutt comes first in this episode. Sanjay Dutt was under the influence of drugs for almost 12 years. After this, his father actor and politician Sunil Dutt took him to America to get rid of his addiction. In America, Sanjay's habit of intoxicants almost broke.

Prateik Babbar:  Actor and politician Raj Babbar and Smita Patil's son Prateik Babbar have also visited the drug de-addiction centre several times. There had come a time when Prateek had completely destroyed his life by intoxication. But Prateek has given a new flight to his life while improving himself and today he has completely given up the habit of drugs.