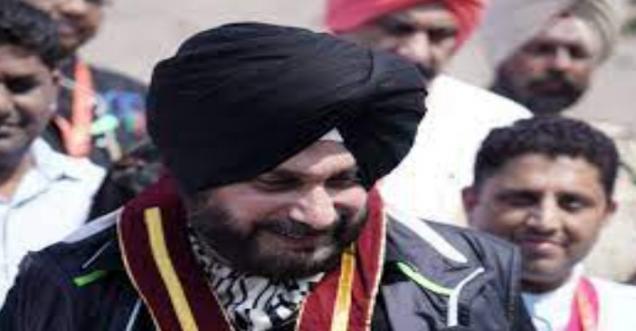 Punjab: Assembly elections are to be held in Punjab. The energy of the party and Rahul Gandhi is not being spent in formulating new strategies but in persuading the stereotypes. It is also interesting that the mutual standoff between the orthodox is to such an extent that they are not listening to anyone, due to which the Congress as a party is being questioned. The gesture is towards Navjot Singh Sidhu and the Chief Minister of the state Charanjit Singh Channi. As there is a tussle between the two overpower continues, with every passing day, the party is facing new challenges. In the midst of this internal impasse, CM Channi held a meeting with the block presidents for the purpose of formulating a strategy and listening to complaints in the 2022 assembly elections and kept Sidhu away from this meeting. Regarding the meeting, Sidhu's supporters say that the invitation to the meeting called at Channi's house was not given to Sidhu. Had Sidhu been called, he would surely have come to the meeting. Since Sidhu was not invited by Channi to an important meeting before the election, some old memories have automatically been refreshed. The era is remembered when Captain Amarinder Singh used to be the Chief Minister of the state.

Earlier when Captain Amarinder was there and in order to bypass Captain Amarinder Singh, a meeting was being called by bypassing him. Navjot Singh Sidhu was in the pivotal role then. Today, when Sidhu has been bypassed by Channi, it will not be an exaggeration to say that Channi is now using the claims he learned from Sidhu against him.

Keep in mind that just the last day, Channi has met the block presidents of Malwa, Doab and Majha regions at his residence. Sidhu was to be in this meeting but he was not there when Channi was discussing the strategies for the upcoming elections with these people, at that time Sidhu was in Ludhiana where he carried out the meeting with the councillors and industrialists of the party.

Why was this meeting held at the pre-poll CM residence important for Sidhu? If the question is this, then the answer is simply that Harish Chaudhary, in charge of Punjab Congress was also present in this meeting, whose responsibility is to give small and big information and information related to Punjab Congress to the party high command and Rahul Gandhi. Because the meeting with the block presidents at the Chief Minister's residence has lasted for two days and Sidhu has been absent in the meeting on both days.

Therefore, it is believed that Navjot Singh Sidhu will have to bear the brunt of this absence in the coming times. At the same time, Sidhu's close friends have their own arguments on this absence. They say that Sidhu was not invited to the meeting. It is also being said that, 'If he had been invited, he would have gone.

After this, it was also argued by Sidhu's supporters that it is better to hold meetings with the CM and the in-charge Congress office-bearers. Because the moto of the meeting held at the CM residence was to formulate new strategies for the assembly elections of 22 and to hear complaints. Block presidents also took advantage of the opportunity and alleged that Sidhu was attacking the party and the government.

The people who came to the meeting alleged that the image of the party is being tarnished by Sidhu's activities and if it continues like this, its effect will be seen in the elections. It is worth mentioning that Sidhu has been an attacker on Channi since he became the Chief Minister. Recently, Sidhu had also threatened to go on an indefinite hunger strike, making an issue with the STF report on the drug issue. Simultaneously, it has also become a daily thing for Sidhu to accuse Channi of disobedience.

The attitude of Sidhu towards Channi is that the high command and the public should be made aware that Channi is a negative Chief Minister who is neither able to handle the state nor is he able to make the right decisions. On the other hand, if it is about Channi, then he had seen the same things when the reins of Punjab were in the hands of Captain Amarinder Singh and Sidhu was likewise behind the Captain. It is not wrong to say that Channi understands things and today he is answering Sidhu in his own language.

Talking about the standoff how is the standoff between Navjot Singh Sidhu and Charanjit Singh Channi? If this is to be understood, then we should turn to the incident of the past when Sidhu's speech at a rally was not telecast live from the social media handle of the Punjab government. Apart from this, at another rally, Channi spoke in front of Sidhu and left before the state Congress chief started his speech.

Usually, the CM ends the rallies with his speech. These incidents are enough to tell that the dagger with which Sidhu once did the work of Captain Amarinder Singh, is now stuck on Sidhu's back thanks to Channi.