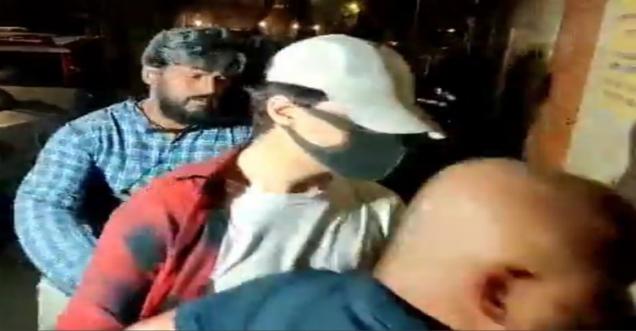 Decision on bail of 8 accused including Aryan Khan in Mumbai cruise drugs case may come today. After the bail was rejected on Friday by the fort court, the defence has filed a petition in the sessions court and it can be heard today. In this, the bail application of the three accused is most important - Aryan Khan, Munmun Dhamecha and Arbaaz Merchant. Like the previous two hearings, NCB will still oppose the bail of the three accused in court.

Film producer Imtiaz Khatri was summoned for the second time, to be questioned again

Bollywood producer Imtiyaz Khatri has been called again by NCB for questioning for the second time. On Saturday, NCB questioned Imtiaz for 8 hours.

Aryan Khan's lawyers made this claim

Aryan Khan's lawyers claim that nothing has been recovered from him. So they will get bail, but the trouble is for Arbaaz Merchant and Munmun Dhamecha. NCB alleges that Munmun Cruise took drugs to the party by hiding them in sanitary pads and its video has also surfaced. At the same time, a drug paddler has been arrested in Arbaaz's case, about which NCB alleges that he used to supply drugs to Arbaaz.

The decision will be taken on bail of these accused