Mysterious virus remains a topic of discussion in Assam, India. So far more than 1950 pigs have died from this virus 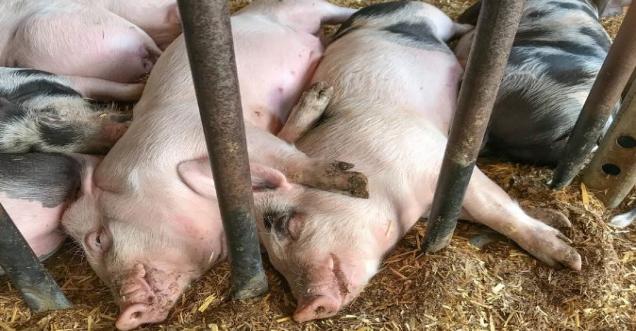 Guwahati. Like all other countries of the world, Coronavirus has also created havoc in India. People are imprisoned in homes due to lockdown. While the crisis at Corona was not over yet, a mysterious virus remains a topic of discussion in Assam, India. So far more than 1950 pigs have died from this virus here. All these pigs are dead within a week. The state government has banned the sale of pig and meat.

Assam Agriculture Minister Atul Bora has ordered that those who do pigs business should not go to other places. Apart from this, the sale of pigs has also been banned.

Pig’s death is being investigated

Atul Bora said, after receiving information about the death of the pigs, teams have been sent to the affected district. Samples of dying pigs have been taken. However, the report has just been revealed, the cause of death is not clear in it. We suspect that it may be an unknown foreign virus.

The Agriculture Minister said order has been issued to close all the slaughterhouses in the state. In addition, people have been told to stay away from the pigs' farmhouse. The samples that were taken have now been sent to the National Institute of High-Security Animal Diseases in Bhopal for investigation. Action will be taken only after the report comes.

The virus spread in these districts

Atul Bora said pigs have died in Sivsagar, Dhemaji, Lakhimpur, Dibrugarh, Jorhat, and Viswanath. These districts have been declared as containment. He said this is the season for pigs to get flu in Assam. However, the animals have been vaccinated. Many animals are also healthy.