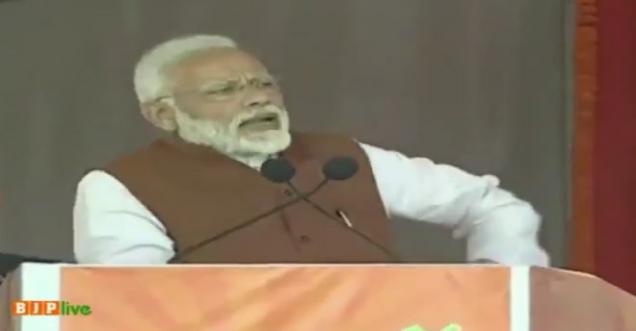 India: People who follow the Prime Minister of India and especially who like Narendra Modi’s talking skill would love the jibe by the PM. Taking a jibe at the TDP protestors who chanted “go back”, on Modi’s arrival to Andhra Pradesh. The PM’s reply was epic he said “they want me to go back to Delhi and once again be in power”.

Watch the epic response of PM Shri @narendramodi to TDP’s “Go Back Modi” posters and banners in Andhra Pradesh. #SouthIndiaForNaMo

The PM is in chief minister Chandrababu Naidu’s turf in Andhra Pradesh.

The PM said “Just like as we studied in school and teachers would call us and then say go back, I am obliged to TDP that they have said, Go back and sit in Delhi again. I have trust on the people of India that they will fulfil the demands of TDP and will once again place Modi in New Delhi”.

Modi is on a tri-state visit to Karnataka, Andhra Pradesh and Tamil Nadu today where he launches several development projects and kick off the BJP's Lok Sabha campaign. Narendra Modi is in AP for the first time after the BJP broke its ties with the Telugu Desam Party (TDP).

The BJP has served, is serving and always will serve the people of Andhra Pradesh.

In the last four and a half years, whatever had to be done to ensure justice for my sisters and brothers of Andhra Pradesh, we have done.

We stand with Andra Pradesh and its great people. pic.twitter.com/FwjbblvwUS

He says he is a wealth creator!

He’s obviously creating lots of wealth for him and his son while AP suffers.

We are patriotic Indians...we are only thinking about the nation. Creating wealth is never on our minds. pic.twitter.com/s63s7YebNM

I thank the TDP cadre and their leader for wishing what every patriotic Indian also wishes- that Modi goes back to Delhi and once again becomes the Prime Minister! I guess they have read the writing on the wall! pic.twitter.com/PSbY9l659k

While @RahulGandhi will stay up all night wondering what new lies to peddle tomorrow morning, we leave you with this goal for 2019. 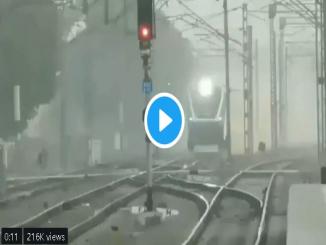