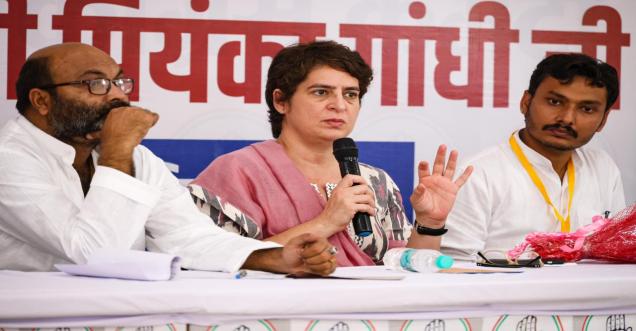 Uttar Pradesh: Political agitation has increased in UP regarding the Lakhimpur Kheri incident. Priyanka Gandhi, who went out to meet Lakhimpur Kheri farmers, made the UP Police sleepless all night. Eventually, the Sitapur police arrested her at 4 am in Hargaon village. At the same time, Satish Chandra Mishra was also placed under house arrest in Lucknow residence.

On the other hand, after the announcement of the arrival of the SP chief and former Chief Minister Akhilesh Yadav, the police are preparing to arrest the house. Police have been put up outside Akhilesh's residence.

Farmers have put 4 big demands in front of the administration -

Union Minister of State for Home Ajay Mishra said that some miscreants hiding among the farmers pelted stones at their (BJP workers) vehicles, started hitting them with sticks and sticks. We also have videos of them being dragged and beaten with sticks and swords. They pushed the vehicles down the road into the ditch. They set fire to vehicles, ransacked them. If my son was there (the venue) till the end of the program, the way they have done the incidents, if my son was there (at the venue), they would have beaten him to death too. Our workers have tragically died. Three of our workers and the driver have been killed. We will get an FIR against it; all the people involved will be booked under section 302.

I was at Banwaripur since 9 am till the end of the event. Allegations against me are completely baseless & I demand judicial inquiry of this matter and culprits should get punished: Ashish Mishra, son of MoS Home Ajay Mishra Teni on Lakhimpur Kheri incident pic.twitter.com/GCYbae03y3

AAP MP Sanjay Singh was stopped in Sitapur on his way to Lakhimpur. was taken into custody.

A large number of police forces deployed outside Akhilesh's house, police guarded outside the residences of Shivpal Singh Yadav and Satish Chandra Mishra.

The administration got the truck parked outside the residence of Samajwadi Party @yadavakhilesh
Instead of barricading, a 16 wheeler truck was deployed on the main road to stop Akhilesh Yadav. #lakhimpurkheri #FarmerProtest pic.twitter.com/XDyc7RM6rN

Thousands of farmers arrived from different districts, loud sloganeering and ruckus, strict police guard on all the roads leading to Kheri, ADG and IG stuck on the Pilibhit border

- Rakesh Tikait's talks with IG, Commissioner DM and SSP started, Rakesh Tikait demanded the arrest of the son of the Union Minister of State for Home, suspension of Minister Ajay Mishra Teni, one crore compensation to the families of the deceased farmers.

-Kisan Union's Rakesh Tikait along with hundreds of supporters reached the spot and took stock of the situation.

Salman Khan snapped from his car outside Shahrukh Khan's residence. 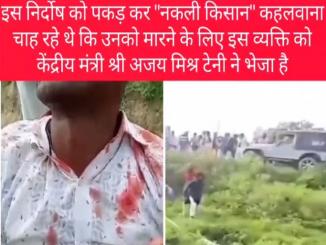