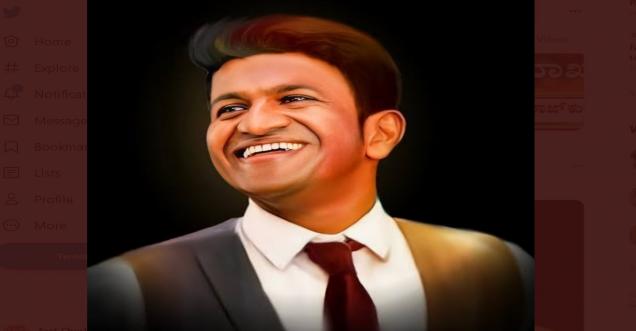 Bengaluru, October 29: Kannada actor and star Puneeth Rajkumar has passed away (Friday 29 October) during treatment at Vikram Hospital in Bengaluru. He was 46 years old. The Indian film industry is in shock after the news of Puneet Rajkumar's death broke. Puneet died due to a major heart attack. Punit was admitted to ICU. The team of doctors tried their best but could not save Punit. After getting information about this, a crowd of his supporters gathered outside the hospital. It is reported that actor Puneet Rajkumar was brought to the hospital after suffering a heart attack. Puneeth Rajkumar is the youngest son of Kannada superstar Dr Rajkumar and younger brother of KFI Shivraj Kumar.

Puneeth Rajkumar death news, Stop this thing before you get a Heart Attack

Thousands of fans have come to the hospital where Puneet Rajkumar died during treatment. In view of the crowd outside the hospital and residence, additional police personnel have been deployed. Fans have gathered to see Puneet Rajkumar for the last time. Fans were praying for his speedy recovery, but in the meantime, the sad news of his death came. In view of the situation, a high alert has been declared in Karnataka. The government has ordered the closure of cinemas immediately.

What we know about Puneet Rajkumar?

Deeply shocked to know of the sudden demise of @PuneethRajkumar A powerful actor who won the hearts of people with his incredible body of work. Condolences to the family #RIP #Gonetoosoon #PuneethRajkumar pic.twitter.com/YuP08U2t8E

Heartbroken 💔
Will always miss you my brother. #PuneethRajkumar

Saddened to hear about the passing away of #PuneethRajkumar . Warm , and humble, his passing away is a great blow to Indian cinema. May his soul attain sadgati. Om Shanti. pic.twitter.com/YywkotiWqC

Shocked to hear #PuneethRajkumar is no more.. life is so unpredictable . Condolences to family and friends .. waheguru 🙏 pic.twitter.com/V5ER14nK88