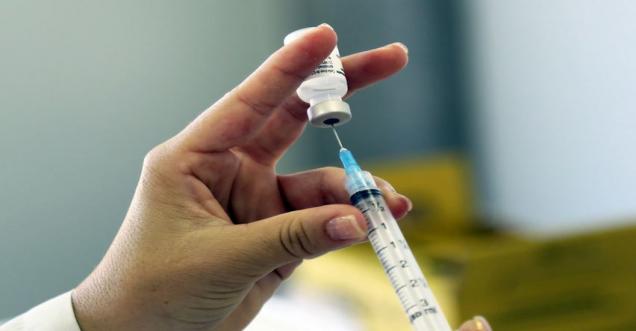 New Delhi: Indian health Minister reported the number of record vaccination to date. The vaccination of COVID 19 is going on at a rapid pace in the country. Today the figure for COVID vaccination has crossed 90 crores. Union Health Minister Mansukh Mandaviya gave this information by tweeting. He tweeted and wrote – India crosses the landmark achievement of administering more than 90 crore COVID vaccines.

With the arrival of 24,354 new cases of COVID-19 in India, the total number of infection cases reached 3,37,91,061 while the number of patients under treatment has come down to 2,73,889, which is the lowest in 197 days. According to the updated data of the Union Health Ministry on Saturday, the death toll has reached 4,48,573 with 234 more patients losing their lives. The ministry said that the number of patients under treatment is 0.81 percent of the total infection cases, which is the lowest since March 2020, while the national recovery rate from COVID-19 is 97.86 percent, which is the highest since March 2020.

According to the data, the total number of patients under treatment in the country is 2,73,889 which is the lowest in 197 days. In the last 24 hours, there has been a decline of 1,335 in the total number of patients under treatment. The number of infected in the country had crossed 20 lakh on August 7 last year, 30 lakh on August 23 and more than 40 lakh on September 5. At the same time, the total cases of infection crossed 50 lakh on 16 September, 60 lakh on 28 September, 70 lakh on 11 October, 80 lakh on 29 October and 90 lakh on 20 November. In the country, these cases had crossed one crore on December 19, crossed two crores on May 4 this year and crossed three crores on June 23.

The ministry said that on Friday, a total of 14,29,258 samples were tested for the detection of COVID-19, taking the number of samples tested so far in the country to 57,19,94,990. The daily rate of infection was recorded at 1.70 percent. It is less than three per cent for the last 33 days. The weekly infection rate was recorded at 1.68 percent, which has remained at less than three percent for the last 99 days. According to the data, the number of patients who have recovered from this disease has increased to 3,30,68,599 while the death rate is 1.33 percent. Under the nationwide COVID-19 vaccination campaign, 89.74 crore doses of vaccines have been given so far.