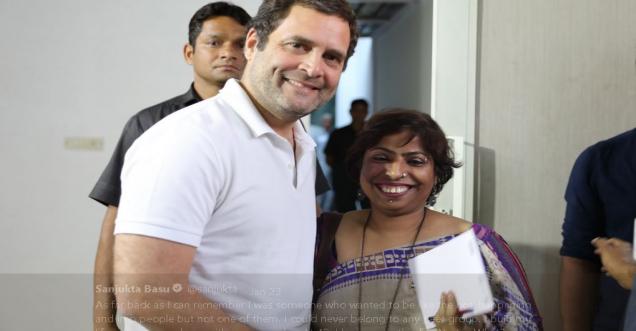 In the back drop after the Pulwama attack In J&K, pro Congress people and supporter are not taking it back in going out to claim that it was an insider Job and especially by the BJP.

Sanjukta Basum  , Writer at firstpost was quick enough to do this, she tweeted earliar

Could this be a conspiracy? The man can do anything.

The Pulwama attack and also claimed by the Jaish-e-Mohammad which claimed lives of 44 soldiers, however Sanjukta Basum still thinks this is an inside job and especially by the BJP. She wrote in her twitter handle “Could this be a conspiracy? The man can do anything.”

She took this indormation from a Congress spokesperson Devashish Jaraiya who posted recently.

I got this msg 2days back from a person in jammu
Msg was sent at 2.43am saying urgent something bad is going to happen.
He even asked me to convey this msg to higher authorities.
But before i could understand this incident occurred.
Now i am confused b/w coincidence or conspiracy

I got this msg 2days back from a person in jammu
Msg was sent at 2.43am saying urgent something bad is going to happen.
He even asked me to convey this msg to higher authorities.
But before i could understand this incident occurred.
Now i am confused b/w coincidence or conspiracy pic.twitter.com/0XLBfzz5Ku

Basu, also on a detailed not on facebook elaborated how and why this is not just a conspiracy theory

“It is not conspiracy theory. This is just history repeating itself. 2001, BJP was at its worst in Guj, endless allegations against Keshubhai Patel of corruption, misgovernance. Modi by then known as a successful election strategist but never contested a single election himself. He was offered Dy CM post to turn around BJP's performance in forthcoming election in Dec 2002. He refused DyCM post, either CM or nothing, he said. Party gave in. He was sworn in as CM on 7th Oct 2001 without ever contesting a single election. Within 5 months March 2002 Godhra happen. He sat quietly as people died. He let the tragedy escalate. "Let Hindus take revenge," he was reportedly heard saying. State govt (Modi as CM) caused 24 hours delay in sending support to Army, said Gen Shah in his book. Modi was overnight the face of Hindutva. Dec 2002, BJP's great performance in elections.

When we were children facing final exam without preparation, we used to pray something happen and exam gets cancelled. Like an earthquake or bomb blast. Imagine if you are someone with enough power to cause that something to happen that can cancel election won't you cause it? It's a win win situation for JeM and Modi-Shah. JeM gets to reaffirm their presence in the Valley and Modi gets to re-enact the same drama of how he is a strong man with 56" chest, seeing him Pakistan pisses in its pants. He can teach a Pakistan lesson in their own language. You saw this drama, fell for it, trusted him but what happened then? Have you forgotten Modi's photo hugging Nawaz Sharif eating biryani. Why was Modi so friendly to Shariff a corrupt Pakistani politician now doing jail for corruption? Why did Modi call ISI of all people to investigate Pathankot airbase attack? Why the Pathankot attack happen in first place, soon after Modi visited Pakisan?

Don't be shocked by my insinuation. Supreme Court has repeated expressed grave concerns over a politicians criminal nexus. In Jain Hawala Diary case, in Bombay Blast case. 13 Serial bomb blasts in Bombay in 1991 couldn't have happened without the help of powers that be. Several officers of customs/bureaucrats were found guilty and went to jail. So it is nothing new.

Don't think I am speaking from hate, don't simply dismiss these concerns and questions as conspiracy theory, we must demand a thorough investigation. Modi is a hollow man with insatiable hunger for power. An incompetent liar with big talks zero action. He needed a tragedy to make votes out of your tears, anger and fear. So it is not very shocking if he chose to ignore intelligence inputs and let JeM carry out it's attack. An attack of this nature cannot happen without internal support.

I hope voices will rise from within our forces. Because they know the truth.”

Nothing Voiced by Basu is correct

Is the Congress going next to take up this as a political issue, only the time will say.

Did I hear it right? Did I hear J&K Gov Satyapal Malik right?@VishnuNDTV: "Mr Malik can you tell who is behind this attack?"
Mr. Malik: "Naturally Pakistan. Mohmmaden people."

Mohmmaden people? Is it what I think I heard? #Pulwama #KashmirTerrorAttack

I am 100 Pct sure it was staged. Staged by Doval. That's not unthinkable. Kings do it. Dictators do it. Despots do it. Presidents do it. Nothing seduces more than power.

Never trust Modi. Hindutva thugs can harm their own family and blame it on their neighbours.

I really hope I am wrong on this, but I strongly suspect this dastardly attack just two months before the Lok Sabha elections & Godi media like Times Now milking this. It's the way everyone predicted-a riot, Pakistani war hysteria, hypernationalism for more BJP votes!! #Pulwama

So does Basu want to prove that the Indian PM was in direct contact of the Jaish-e-Mohammad and executed this carnage on the Indians?

Note: One of the first steps in understanding fake news is to know who the propaganda based journalist are. Such journalist (Sanjukta Basu) spread their fake belief to others. 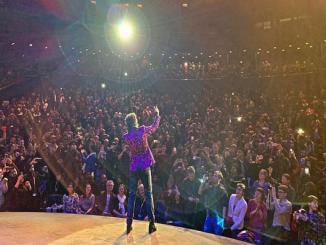 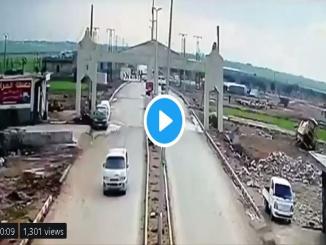 Video Shared on Social media as of Pulwama Attack is false