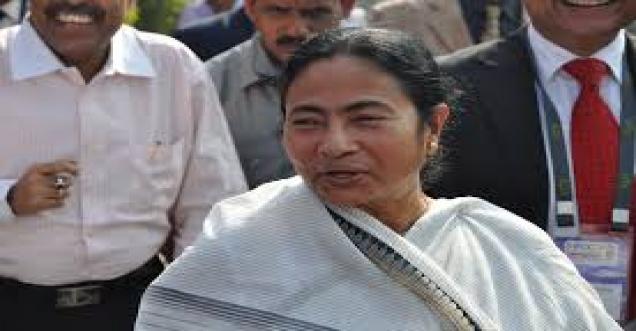 The Chief Minister hailed the results by flashing three fingers -- representing her election slogan of "Ma, Mati, Manush" -- instead of the traditional victory sign. "We are winning at  Shamsherganj and Jangipur as well," she said.

The election commission just before the declaration of the results of the by-elections in three assembly seats of West Bengal has given clear instructions to the Mamata government not to celebrate any kind of victory in the state. The Election Commission has also asked the state government to ensure that all necessary measures are taken to prevent post-poll violence.

Election Commission writes to West Bengal Govt, asking it to ensure that no victory celebration/procession takes place during or after the counting of votes for by-elections; asks it to take all necessary steps to ensure that post-poll violence doesn't happen

In a letter written by the Election Commission to the Bengal government, it has been said that there should be no celebration of any kind during the counting of votes for the by-elections or after the results are declared.  The CM of Bengal himself is contesting from the Bhawanipur seat and after her victory, TMC workers have been seen celebrating in many places. BJP had made Priyanka Tibrewal its candidate against Mamta from this seat.

#WATCH | TMC workers & supporters celebrate outside the residence of West Bengal CM Mamata Banerjee in Kolkata as she leads by 28,825 votes in Bhabanipur bypolls after 9th round of counting pic.twitter.com/XlZhaJPB0n

After the results of the Bengal assembly elections held this year, incidents of violence and arson were reported in many places in the state, for which hearing is also going on in the Supreme Court.

Apart from Bhawanipur, by-elections were also held on September 30 for Shamsherganj and Jangipur seats in the Murshidabad district of Bengal. The results of all three seats will be declared today.