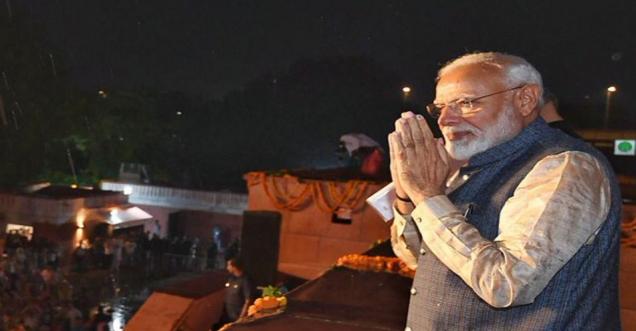 As many as nine medical colleges will become functional this month in Deoria, Etah, Fatehpur, Ghazipur, Hardoi, Jaunpur, Mirzapur, Pratapgarh, and Siddharthnagar districts of Uttar Pradesh.

The spokesman said that eight medical colleges have been sanctioned under the Centrally Sponsored Scheme, while the State Government has invested its resources in the medical college at Jaunpur. Chief Minister Yogi Adityanath visited Siddharthnagar on Sunday and reviewed the preparations for the Prime Minister's program on Monday. The Chief Minister first inspected the proposed public meeting place. Yogi also saw the proposed photo exhibition and the model of Madhav Prasad Tripathi Medical College in the launch program. He also visited the photo exhibition, life scene of Buddha and excavated site Kapilvastu - a glimpse.

After the inauguration of medical colleges in Siddharthnagar, Prime Minister Modi will launch the 'Pradhan Mantri Aatmanirbhar Swasth Bharat Yojana' in his parliamentary constituency Varanasi and will also inaugurate various development projects worth over Rs 5,200 crore for Varanasi. A state government spokesman said that a provision of Rs 64,180 crore has been made in the budget for the Prime Minister's Self-Reliant Healthy India scheme, which will run for five years. It was announced in the Union Budget for 2021-2022. Modi will dedicate this scheme to the nation on October 25 during a public meeting at Mehdiganj in Varanasi.

He said that the central government has prepared a four-pronged strategy for a healthy India, which includes measures like Swachh Bharat Abhiyan, Yoga, timely care and treatment of pregnant women, children, prevention of diseases and promotion of health wellness. It also includes providing affordable and effective treatment to the underprivileged sections of society and enhancing healthcare professionals' health infrastructure and quality. He said that the objective of this scheme is to develop the capacity of primary, secondary and tertiary care health systems in remote parts of the country. To develop a modern systematic system for research, testing and treatment in the country itself.

According to the spokesperson, the plan includes targets to support the development of 17,788 rural and 11,024 urban health and wellness centres and establish integrated public health laboratories in all districts and 3,382 block public health units in 11 states. It also aims to assist in setting up 'Critical Care Hospital Blocks' in 602 districts and 12 central institutions, strengthen the National Center for Disease Control and its five regional branches and 20 metropolitan health surveillance units.