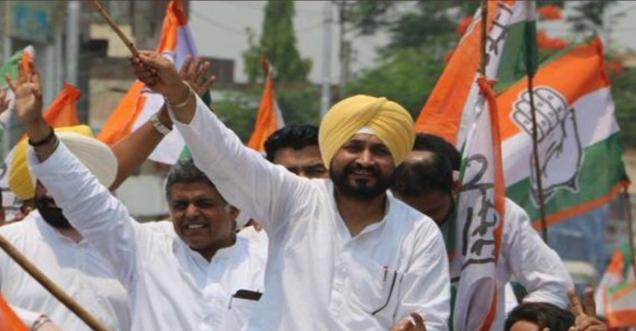 Chandigarh:  Punjab Chief Minister Charanjit Singh Channi has given a big relief to the farmer protesters. He has ordered that the cases registered by the Railway Police Force (RPF) against the members of farmer organizations will be withdrawn.

CM Channi wrote a letter to the chairman of RPF

Earlier several cases filed by the RPF against the farmer protesters will be withdrawn, these cases were registered against them for staging a sit-in on the railway line. Chief Minister Charanjit Singh Channi has written a letter to the Chairman of Railway Police Force asking him to withdraw the case at the earliest.

In another waiver, the CM announced to waive water and electricity bills of farmers

Not only this, CM Charanjit Singh Channi has abolished the limit of the Aashirwad scheme for those beneficiary girls who lost their parents due to coronavirus. The Punjab CM has also approved the pension of those government employees whose jobs were engaged after January 1, 2004.

On October 1, CM Channi came to Delhi and met PM Narendra Modi. CM Channi told that the procurement season is starting in Punjab, there was talk with PM Modi about it.

He further said that he has told PM Modi to end the quarrel of three bills. They also want a solution. I asked the farmers to talk again. The corridors of Pakistan and India have been asked to reopen so that the pilgrims do not face any problems. There was also talk on some organic farming.