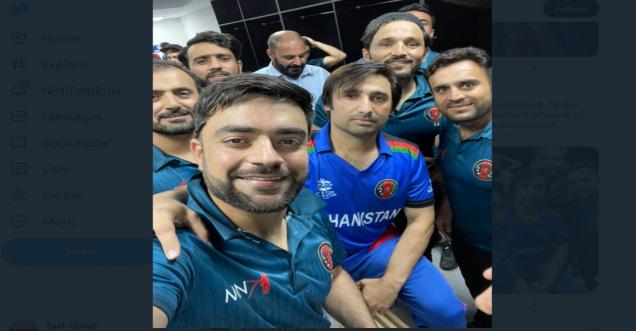 Afghanistan team's hopes of reaching the semi-finals have suffered a setback after their 66-run defeat against India. After this defeat, Afghanistan's star spinner Rashid Khan said that the next match of the T20 World Cup against New Zealand will be no less than the quarter-finals for him. Afghanistan is second in the Super 12 leg after playing four matches and has a net run rate of +1.481. Pakistan has reached the semi-finals from Group 2.

Asked whether the loss to India will affect his team's momentum, Rashid replied in the negative. "I don't think it will make much difference," he said. We know that India is one of the best teams. We will prepare in the same way and go with the same mindset. The match against New Zealand could be a quarter-final for us. If we win, we can reach the semi-finals with a good run rate. Rashid said, 'We can perform well only if we enjoy the game. We will enjoy our game to the fullest.

The match between Afghanistan and New Zealand is also important for the Indian team. Afghanistan's win will increase India's chances of reaching the semi-finals provided the Indian team wins the remaining two matches. Asked if the net run rate was on his mind in the match against India, Rashid said, "Definitely. It was on our mind after we lost a few wickets and that is why we aimed to score maximum runs. Our focus was on the run rate which can prove to be the deciding factor