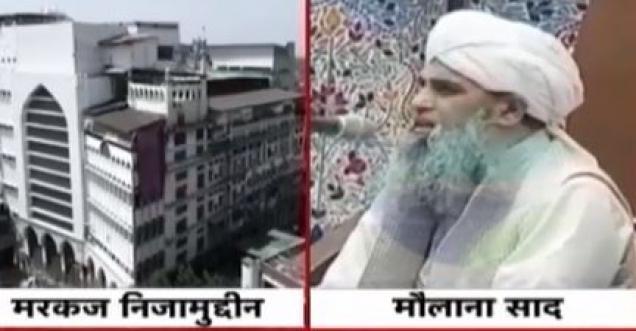 New Delhi: Maulana Saad, the Chief of Tablighi Jamaat, has completed the 14-day quarantine and conducted his corona investigation. The reports are not yet known in the public domain.

Tablighi Jamaat chief Maulana Muhammad Saad Kandhalvi has appealed to Muslim and Jamaat activists who have recovered from Corona infection to donate their blood plasma. So that people who are infected with this disease can be benefited and are being treated. Tablighi Jamaat is accused of keeping about two thousand people who attended the religious program of Markaz together in the mosque even after the lockdown. Of these, more than 350 people turned out to be positive. In addition, the corona spread to many parts of the country due to the people involved in the program.

The full name of the head of Tablighi Jamaat is Maulana Muhammad Saad Kandhalvi. Saad was born on 10 May 1965 in Delhi. Maulana Saad was educated in the seminary of Hazrat Nizamuddin, Kashiful Uloom. On November 16, 2015, Maulana Saad became 'Amir' of Tablighi Jamaat which is spread in about 150 countries of the world. In Nizamuddin's Markaz, more than 2 thousand people had participated in the Tablighi Jamaat procession. From here these people went to different states of the country, which spread Corona to other places in the country.

Saad released a letter late on Tuesday. It states that he and other members of his institute are self-quarantined. Everyone's corona report is negative. He said that all those members of the Jamaat who have been cured of this disease should come forward. For humanity, they should donate their blood and help society and the government. Kandhalvi had earlier appealed to his followers to offer namaz in their homes during the month of Ramadan.

Tablighi Jamaat Chief Mohammad Saad appeals to Jamaat's workers and all Muslims who have been cured of COVID19 to donate blood plasma for those still infected and under treatment. pic.twitter.com/ztuvcNGbOY

In the month of March, the religious program of Tablighi Jamaat took place at Markazi Mosque in Nizamuddin. It was attended by about five thousand people from the country and the world. They came from more than 24 states of the country. After positive cases came from various states, Muhammad Saad has been missing since then.

On March 31, the Delhi Police Crime Branch had registered an FIR against seven people, including Maulana Saad. On the other hand, the Enforcement Directorate (ED) has also filed a case of money laundering against Saad and others.

The Health Ministry had said recently that 30 percent of the total cases in the country were due to Jamaat people. On Sunday, Delhi Chief Minister Arvind Kejriwal had said that due to a large number of travelers from abroad, the coronavirus spread very fast in Nizamuddin.